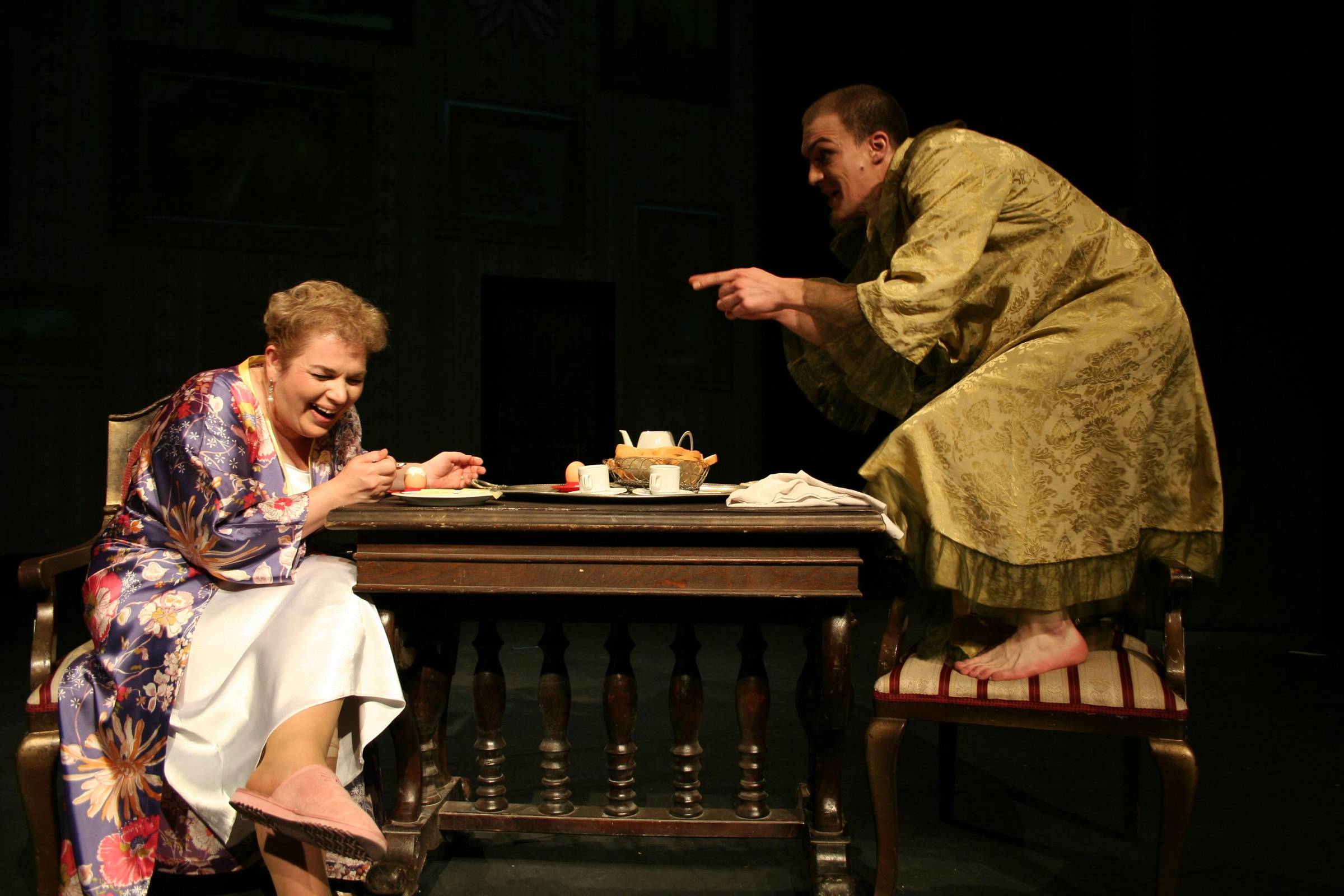 "Paper Flowers" is a 'dialogue of solitude': a woman in her 40s accepts the help of a young vagabond. She brings him to her home, and the relationship developing from this encounter will feature an entire chain of conflicting experiences. Both the woman and the man long for connection. They exchange words but fail to establish a genuine dialogue.

The show emphasizes the difficulty of socializing in a world in which language has lost its communication utility.

A contemporary Chilean playwright, EGON WOLFF sits among the major Latin-American authors. His plays are staged all around the world, being awarded numerous prestigious prizes. The GSTT staging marks the national premiere of the play "Paper Flowers".

He was born in 1959 in Târgu Mureş. He graduated the courses of the acting department within the Theatre Institute in Târgu Mureş, subsequently performing over 80 parts on various stages in Romania and Hungary. As of 2001 he begins his activity in the artistic academic education as a professor at the Acting Department within the Faculty of Music, where he has since been teaching two subject matters, Actor's Art and Scenic Improvisation. He is currently the head of this department.

Sütő Udvari András also signed the direction of several shows, among which we mention "Medusa's Raft" by Marin Sorescu and "The Emigrants" by Slawomir Mrožek, at the German State Theatre in Timişoara.

The two protagonists, Isolde Cobeţ impersonating Eva and Andrei Hansel as Hecht, are a perfect match on stage. Hansel, fully identifiable with his part, subsequently brings substance to his character (the scene in which he shatters the old furniture and creates a new one)." 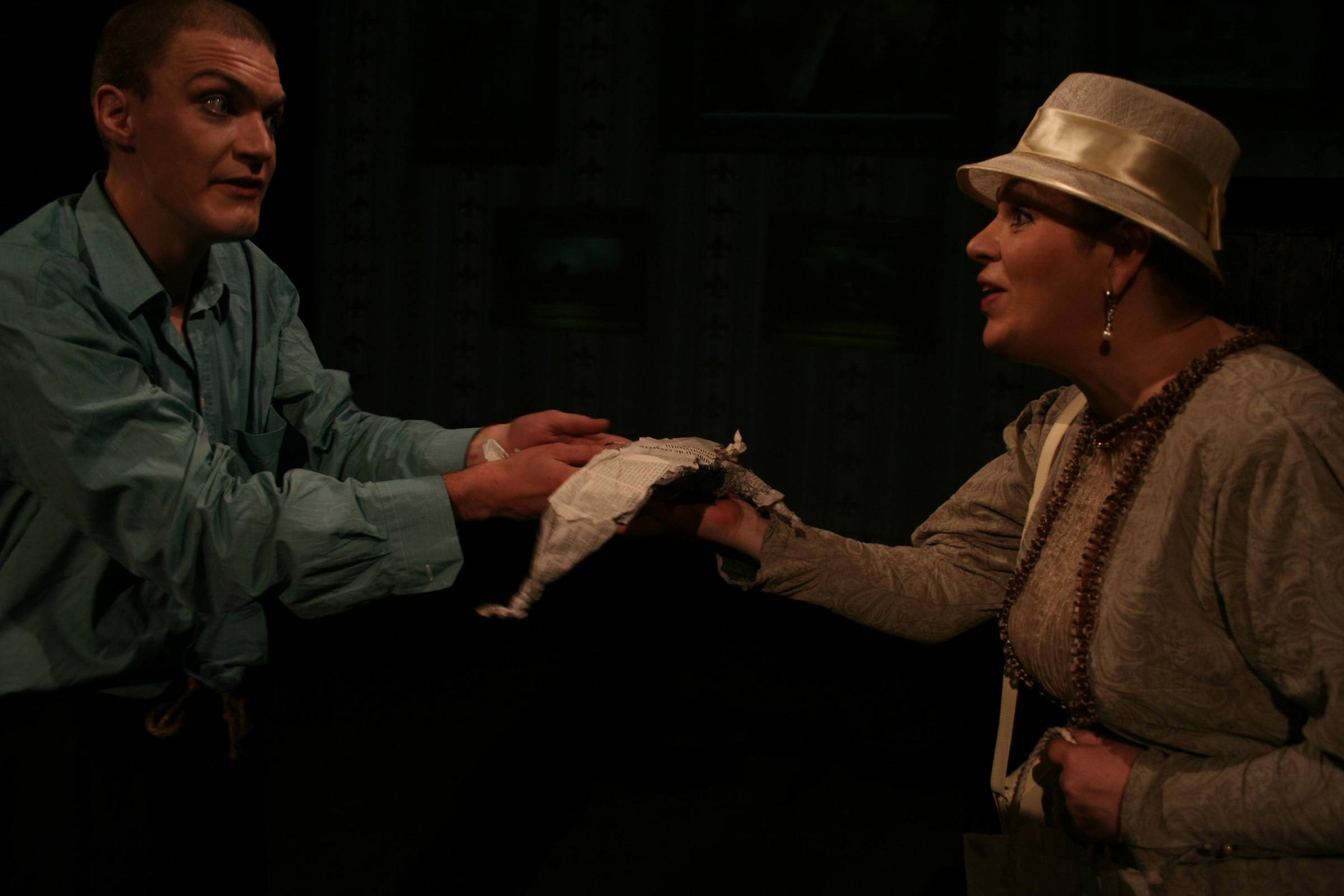 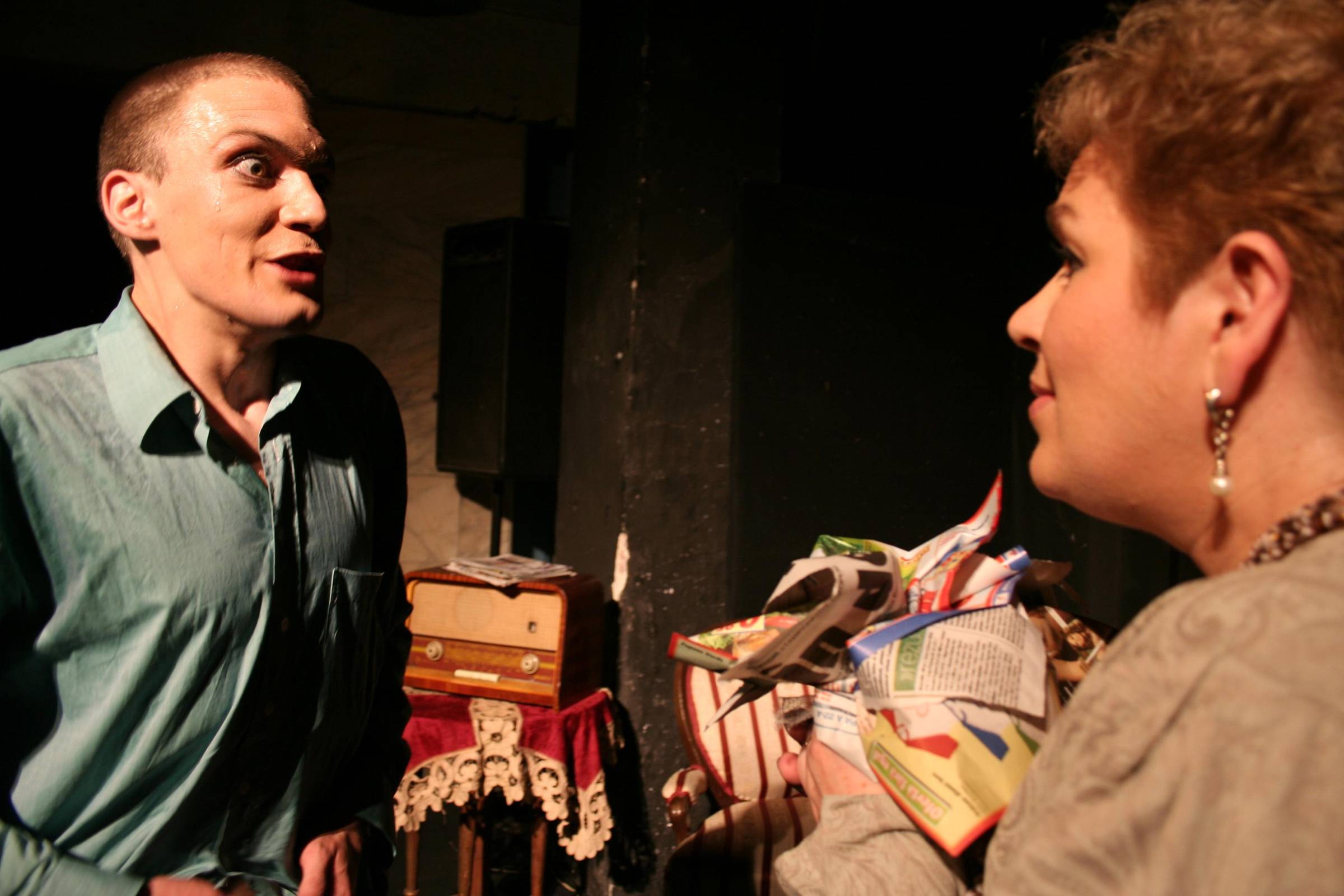 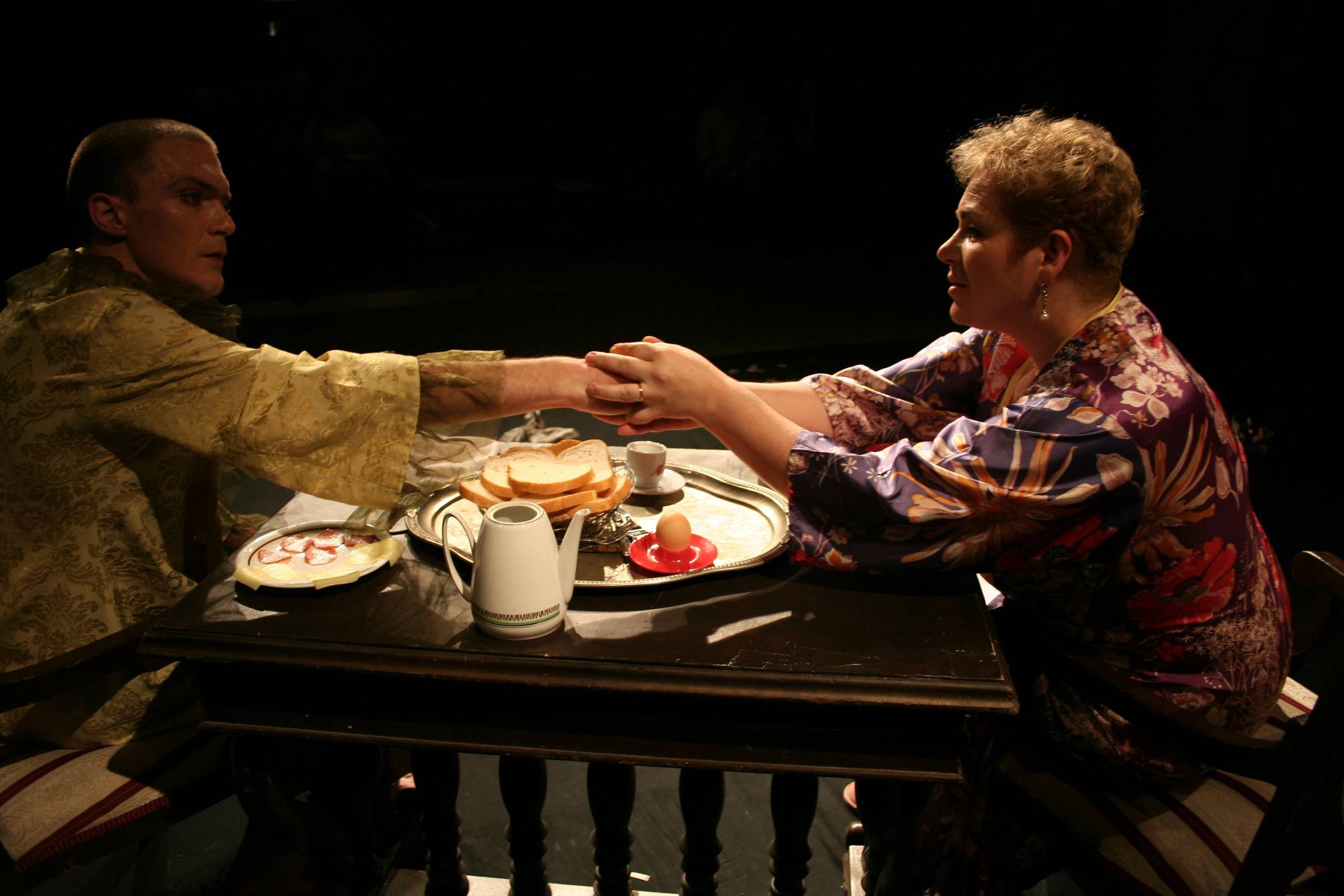 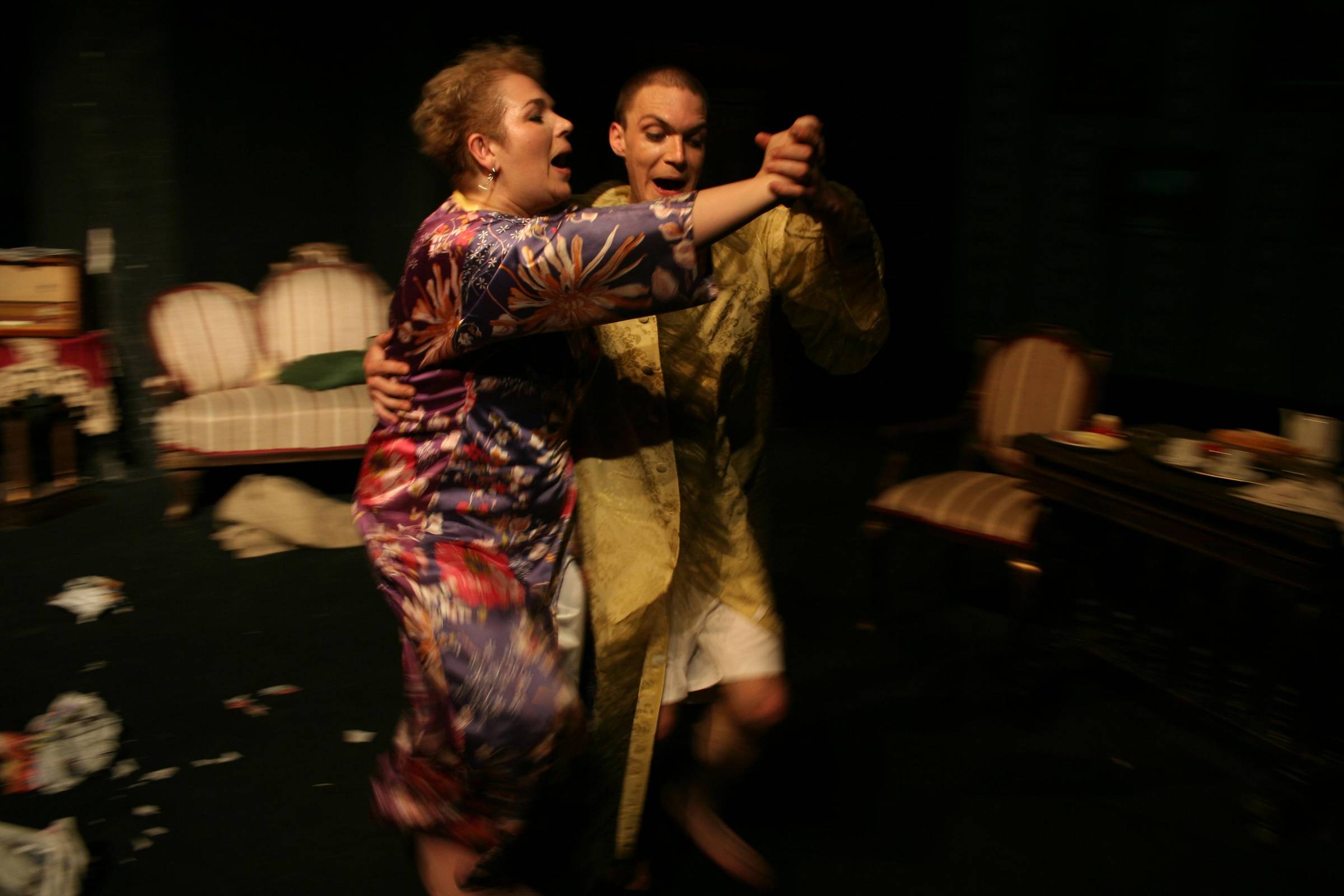 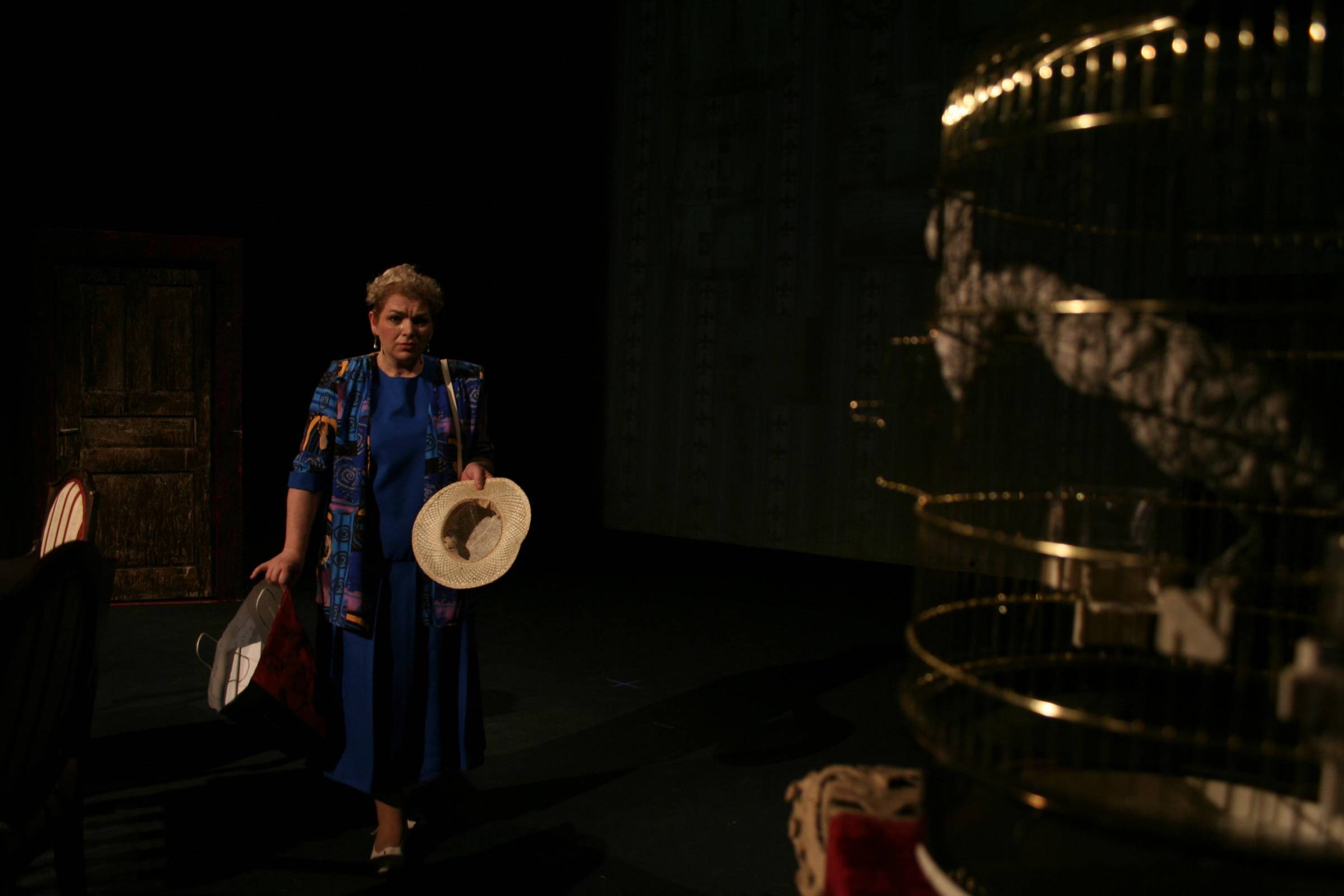 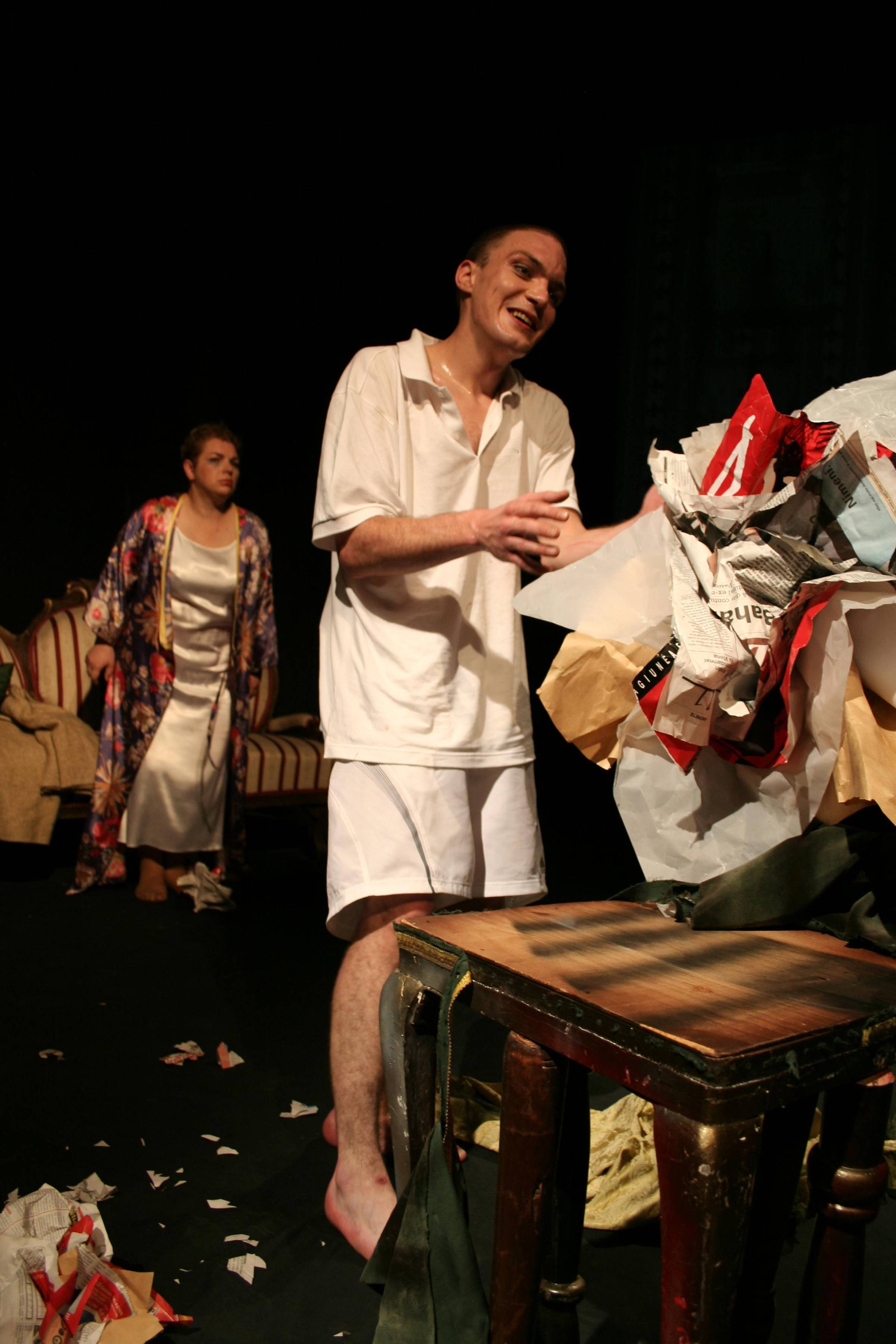