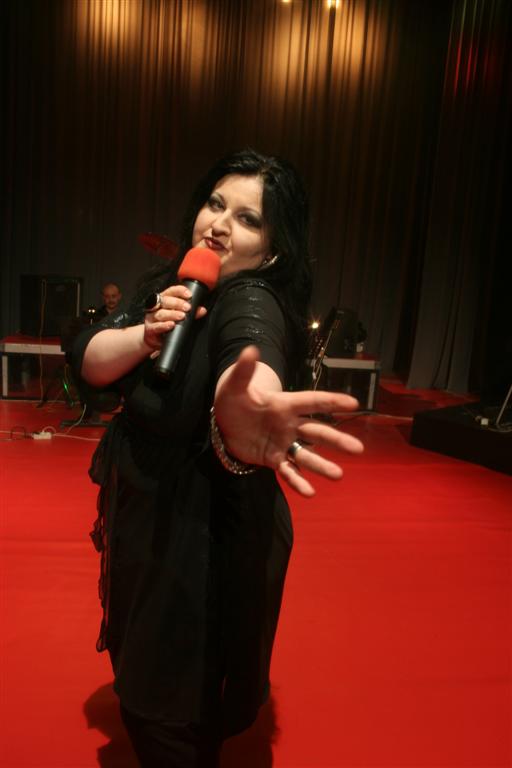 Preview of AMONG FRIENDS

Preview of AMONG FRIENDS
The German State Theatre in Timişoara (GSTT) invites its friends to an evening together. GSTT chose Wednesday, May 14th 2008, from 7 p.m., to preview in its hall the show AMONG FRIENDS, a musical soiree based on an idea by Dana Borteanu, under Ida Jarcsek-Gaza's artistic coordination. The scenography is signed by George Petre.

Music lovers need no further reasons to come to the show, given the fact that its programme includes some of the most beloved tunes in the international repertoire. To give only a few examples, songs such as "When I need you"' (Leo Sayer), "Man, I feel like a woman" (Shania Town), "Mercedes Benz" (Janis Joplin), "No matter what" (Boyzone), "Time after time" (Cyndi Lauper), "Crazy little things called love" (Queen), "Everything I do, I do it for you" (Brian Adams, Celine Dion) will be brought on stage during this musical evening.

Dana Borteanu will be joined for this performance by Daniela Török and Harold Schmeltz, accompanied by the orchestra of the German State Theatre in Timişoara, conducted by Ioan Opra.

The second preview is scheduled on Friday, may 23rd 2008, in Reşiţa.