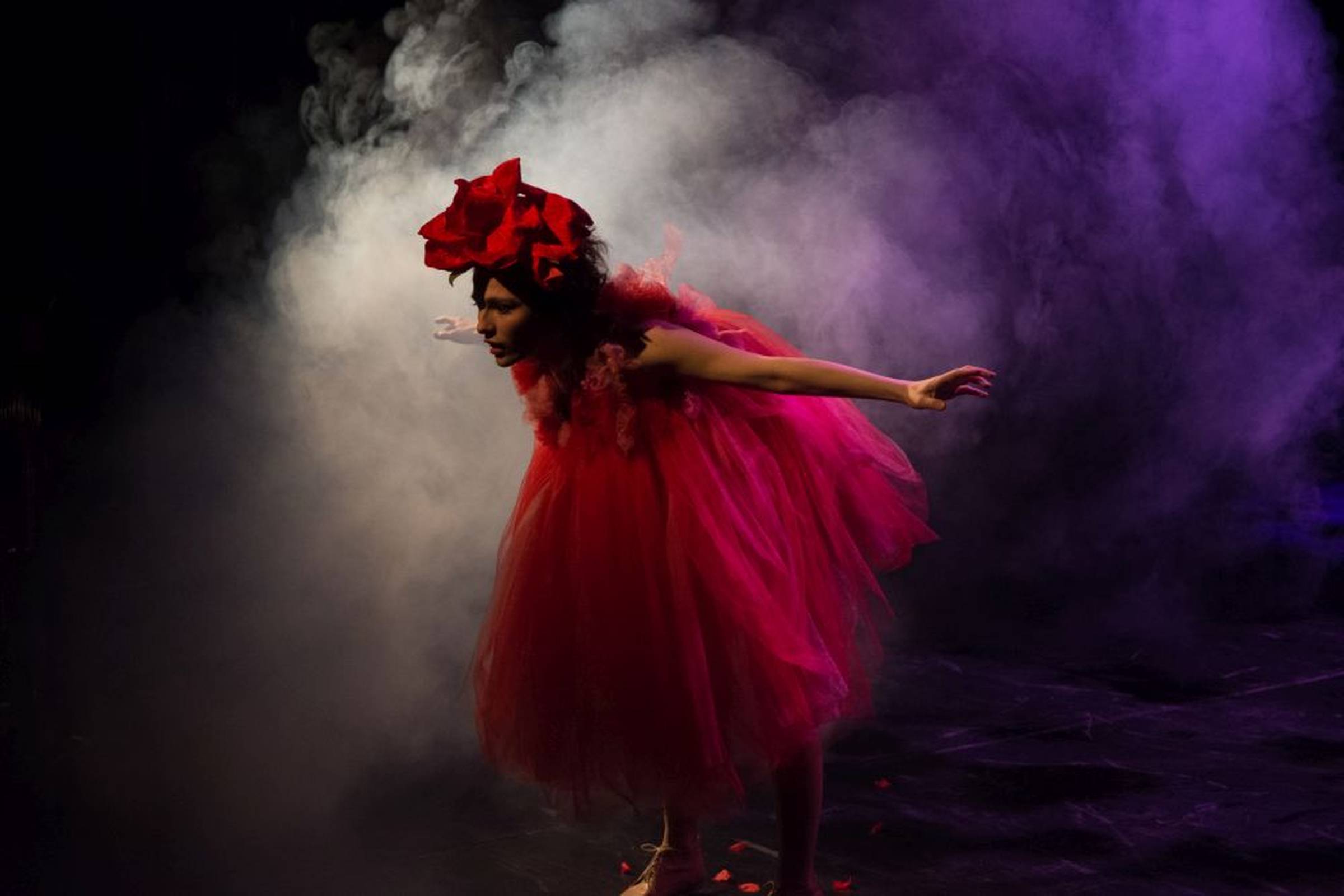 Awards for the members of the German State Theatre team

Silvia Török, actress of the German State Theatre Timisoara (GSTT), will be distinguished with the „Pro Cultura Timisiensis” Award, the most important series of cultural distinctions of Timis County, on the 6th of December 2016, at 14 o’clock.

Silvia Török studied at the acting section within the Faculty for Theatre and Television in Cluj-Napoca, class of Conf. Dr. Miklós Bács. Since the fall of 2011 she has been a part of the team of actors at the GSTT. On the stage of the GSTT she has collaborated with many well renowned directors such as Silviu Purcărete, Radu Afrim, Alexandru Dabija, Charles Muller, and Nicky Wolcz. In 2013, Silvia Török was distinguished with a UNITER award for debut, for her role as Iris in the performance “Girl in the Goldfish Bowl” by Morris Panych, directed by Radu Afrim.

Actors Rareș Hontzu and Ida Jarcsek-Gaza as well as theatrologist Andreea Andrei will be awarded on the 15th of December2016 at the Excellence Awards Gala, an annual event dedicated to the people of Timisoara that have achieved outstanding results in their fields of activity.

Rareș Hontzu graduated from the acting in German section of the Music faculty within the West University in Timisoara. Along the years, he has played at the GSTT, at the German section of the “Radu Stanca” National Theatre in Sibiu, and in the 2007-2008 season, at the German Theatre in Szekszard (Hungary). On the stage of the GSTT he has collaborated with important directors such as Radu-Alexandru Nica, Alexandru Dabija, Radu Afrim, Alexander Hausvater, Yuri Kordonsky, Victor Ioan Frunză and Gábor Tompa.


Ida Jarcsek-Gaza graduated from the German section of the Institute for Theatre and Film in Bucharest and has been an actress at the GSTT ever since. On this stage, she has played countless roles, such as: Clitemnestra in “Elektra”, directed by Bocsárdi László, a role she was nominated for, at the UNITER Awards last year. From 2003-2007 she was the director of the GSTT. Her directorate’s emphasis was on promoting contemporary drama, developing collaborations with creators and institutions within the German speaking area, as well as increasing the visibility nationally.

Theatrologist Andreea Andrei graduated from the theatrology section at the Faculty for Theatre and Film in Cluj-Napoca, afterwards obtaining a master's degree in performing arts at the Université Libre in Brussels. She has been part of the GSTT’s dramaturgy team for three years, where starting with 2015, she took over the selection and artistic coordination of the European Theatre Festival Eurothalia. The concept for the October 2016 edition, that was held under the “Europe, where to?” theme which included works by some of the most important European artists, bore the signature of the selector.


Photo: Images of Silvia Török, Rareș Hontzu, Ida Jarcsek-Gaza. The photograph can be used in mass-media and promotional goals, including in electronic media. 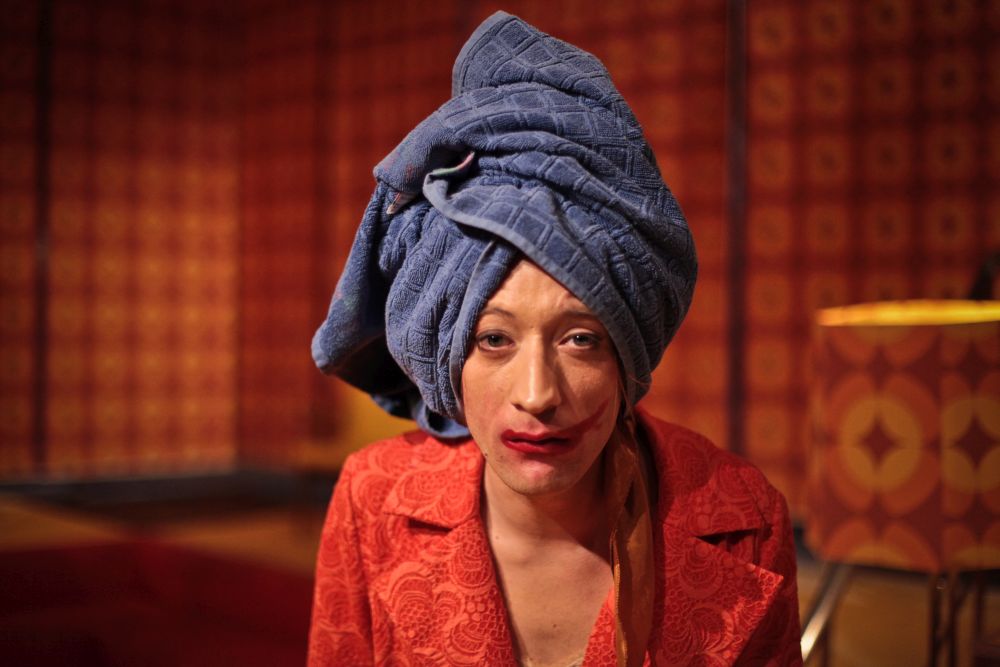 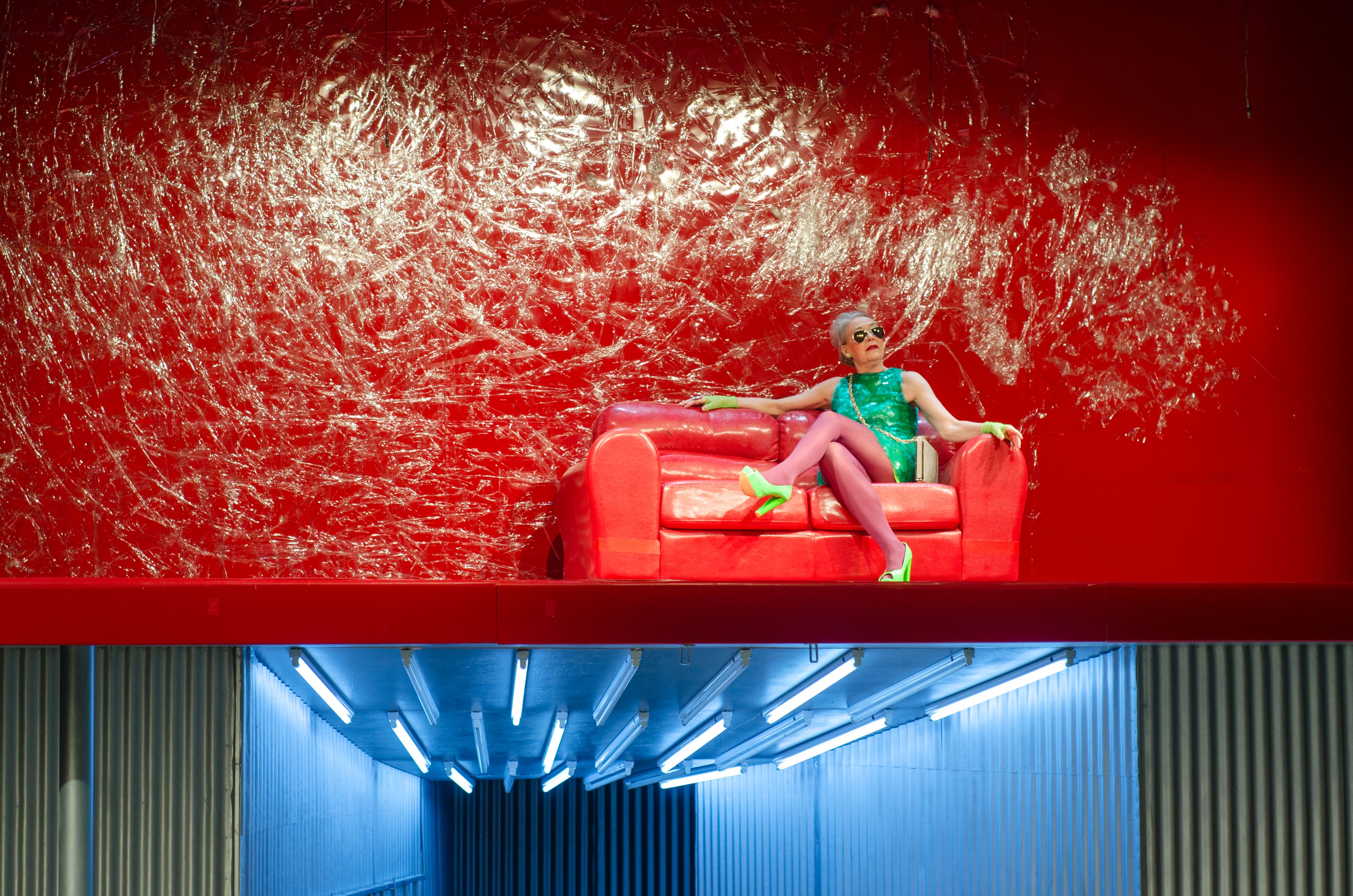 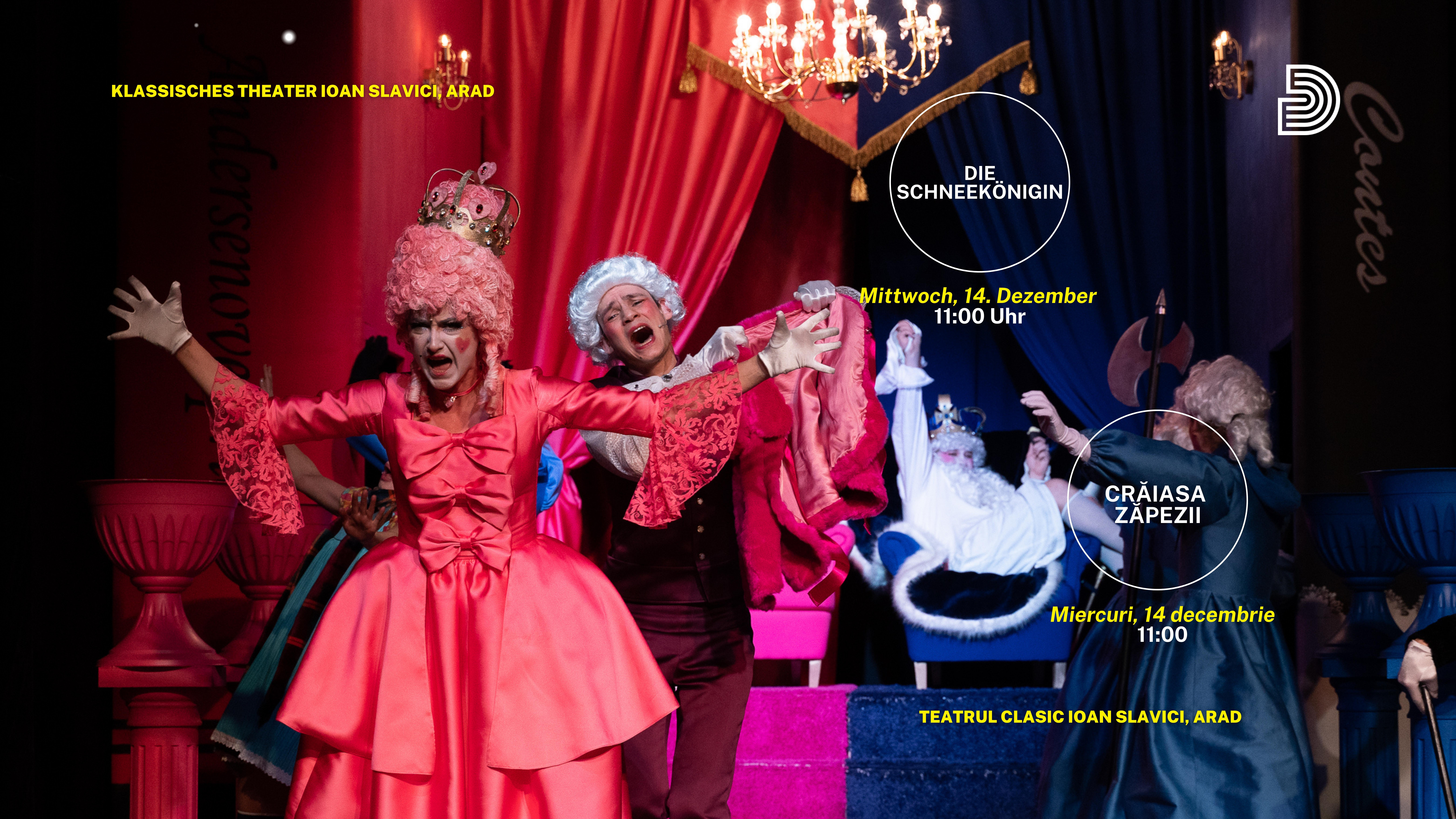 The Snow Queen, the TGST show, will be performed in Arad
9 Dec 2022 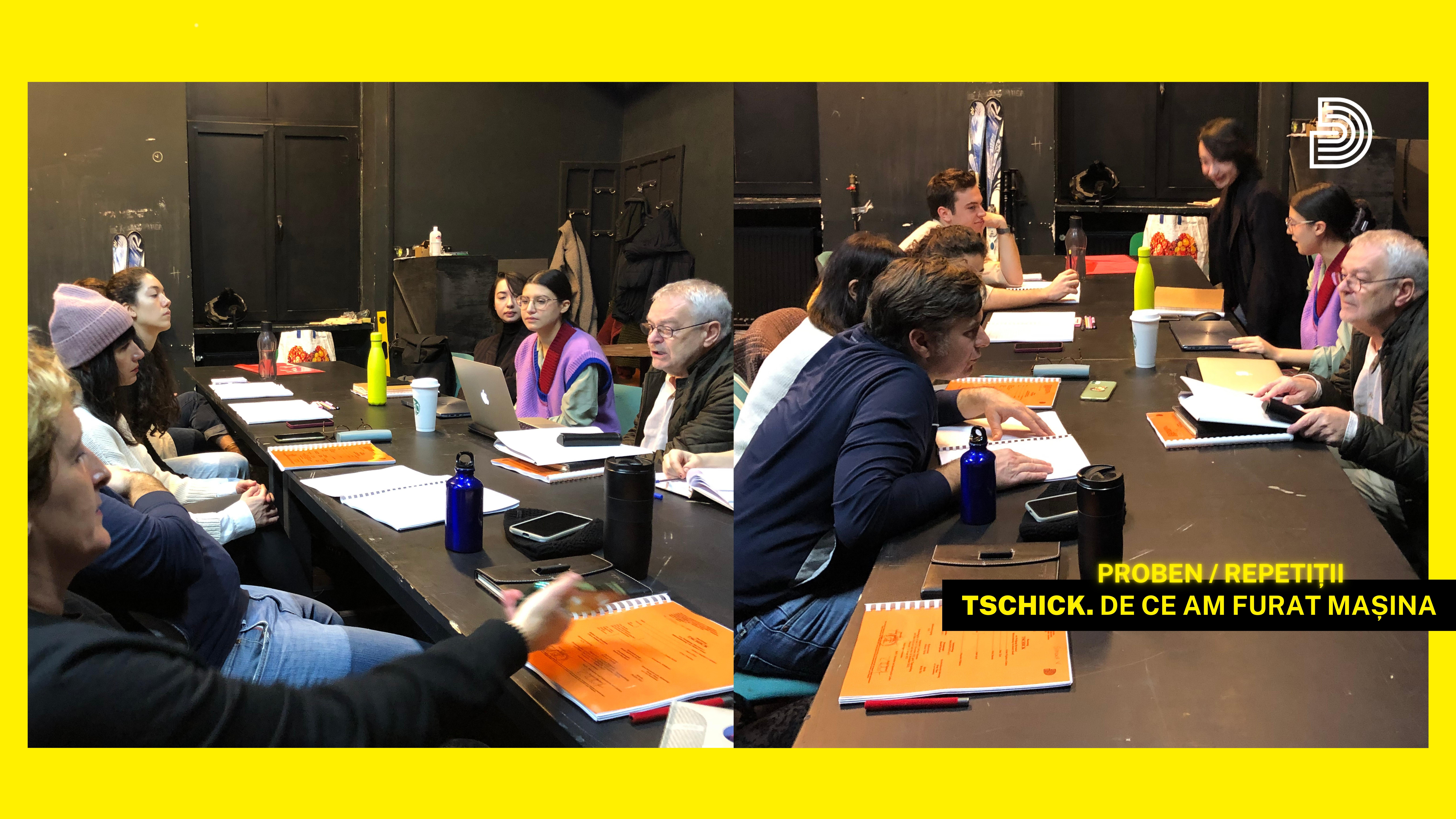 A new premiere at the German Theatre - "TSCHICK. Why We Took the Car" by Robert Koall, directed by Irisz Kovacs
9 Dec 2022