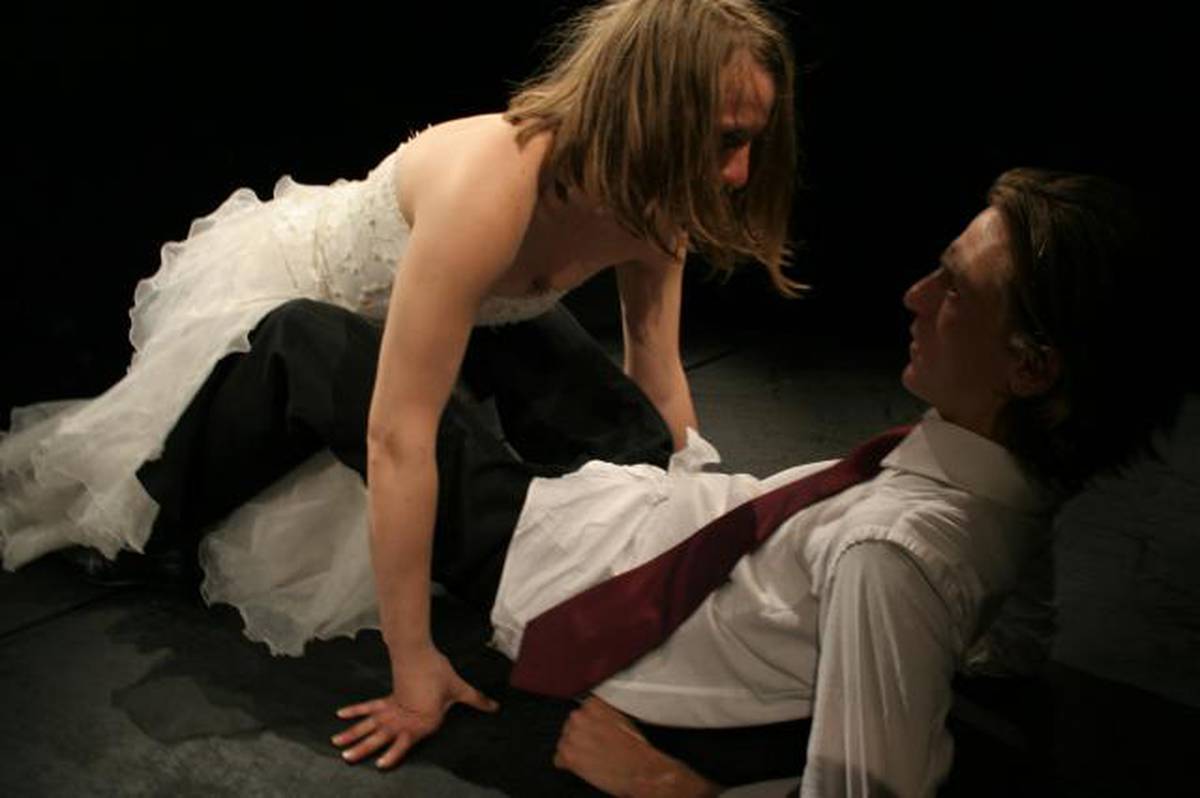 The passion for motorbikes lets you taste ultimate freedom: "Stir the wind and let yourself carried away on its wings." For Cami and Cristi, both motorbikes aficionados until recently, the wedding night is a time to draw the line. For the past is still embedded into their thoughts and feelings: their first date, the early moments of their relationship, and especially the memory of biker Duke, Kami and Cristi's mutual friend, killed in a bike crash.

"Kamikaze" is a play with a distinct expression, revolving around unusual people and their frantic attempts to find a balance between their own past, a story of passion allowing no compromise, and of love too late to be shared.

Playwright and a fiction writer, member of the Romanian Association of Theatre Artists, UNITER, and of the International Association of Theatre Critics. Her plays, translated into English, German, French, Hungarian, Polish and Russian are published in magazines (Theatre Today – Bucharest, Dialogue – Warsaw, etc.), in anthologies (Eastern Promise - Aurora Metro Publishers, London, After Censorship/Apres la censure - Unitext, The Anthology of the Festival in Sibiu, etc.) and are read, published and staged in Romania (on stages in Târgu-Mureş, Cluj, Arad, Bucharest), Hungary (Pécs, Eger), as well as in London, Zürich, Berlin, Heidelberg and New York. She collaborates with Bush Theatre in London and Lark Theatre in New York, and is granted international residence at Royal Court Theatre in London. She is the founder of Dramafest new drama festival, which spans over three editions, coordinates, as a theatre critic, drama magazines Postscenium and UltimaT. She conducts dramaturgy workshops, writes and directs radio shows in Bucharest, Cluj and Târgu-Mureş, translates works from the British and American theatre literature. She directs occasionally for texts of her own and new texts (by German, French and American playwrights). She is distinguished with the UNITER award "The play of the year 2000" for the creation of "www.nonstop.ro". She is granted the title of Doctor at the National University of Theatrical and Cinematic Art in Bucharest with a thesis on tragedy in the new dramatic text.

Other books published: the novel The L@st Sorceress (2001, nominated for the awards of The Association of Professional Romanian Writers, also issued in Hungarian in 2007), Theatre and stories (2003), Hess (2003). Together with Cartea Românească publishing house, she is preparing the launch of Kamikaze, a volume of monodramas.

After the graduation of the Directing Department within the University of Theatrical Art in Târgu Mureş, he started directing at "Radu Stanca" Theatre in Sibiu, and from 1999 on he has been the managing director of "Ariel" Children and Youth Theatre in Târgu Mureş. Having won several awards during his academic studies (Allegory Festival – Bistriţa, Workshop Festival, etc.), he takes part in training courses and trips to Great Britain, he then applies his skills not only in conventional or experimental productions, but also in educational theatre programmes, conducting workshops and holding seminars as part of national and international programs. Moreover, he directs animation as well as radio drama (nomination at the 2006 UNITER Gala for radio drama). In addition to these, he regularly takes part in Romanian and foreign festivals (Hungary, Austria, Germany, Macedonia, The Republic of Moldova). He promotes, by means of the theatre he manages, challenging performances, him and Alina Nelega collaborating in the creation of one of the first underground studios in Romania. He is an associated professor of the University of Theatrical Art in Târgu Mureş and a PhD candidate at "I.L. Caragiale" University of Theatrical and Cinematic Art in Bucharest.

"The play, which does not display a well-marked action, "lives" on this passion of the protagonists, who animate it by means of the script (a weave of words, smelling of everyday language, but also of phrases and idioms specific to the younger generation, translated by Lucian Vărşăndan), but also by means of convincing gestures or moments of unbearable silence."


from: Love, Wind and Death, by Balthasar Waitz, in: Allgemeine Deutsche Zeitung, May 4th 2007 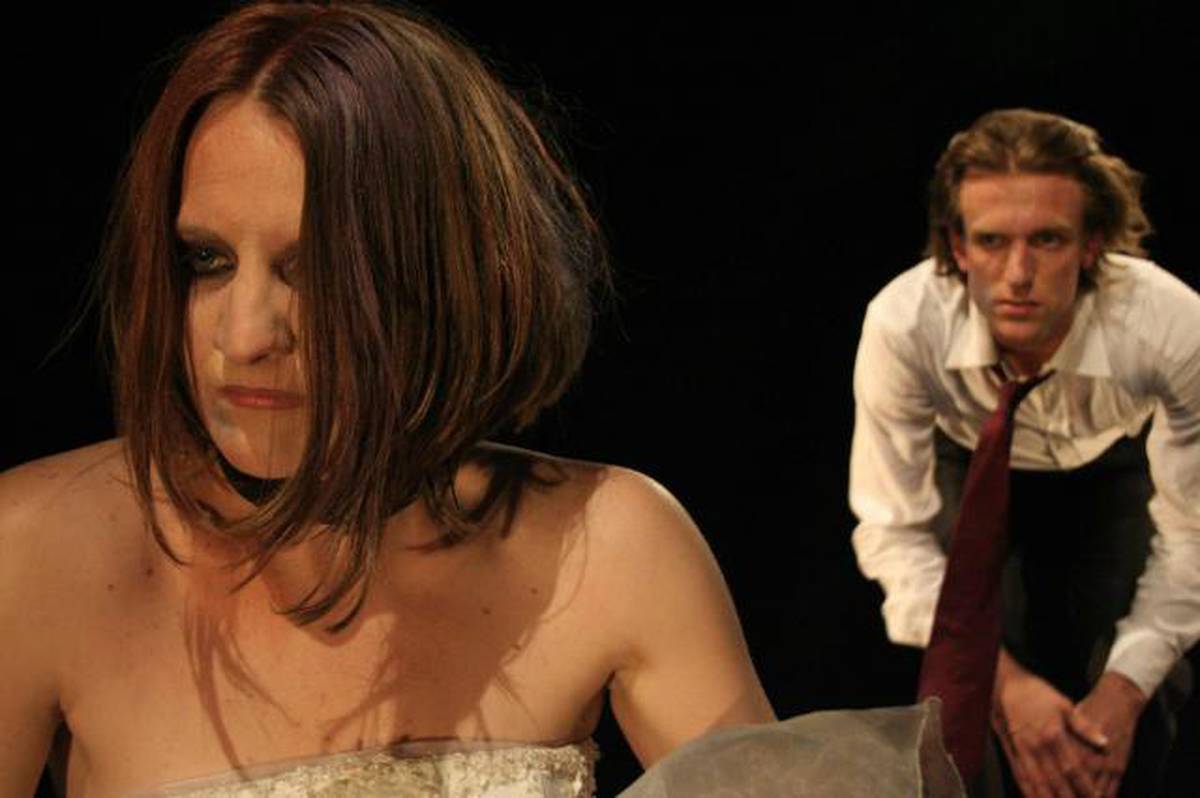 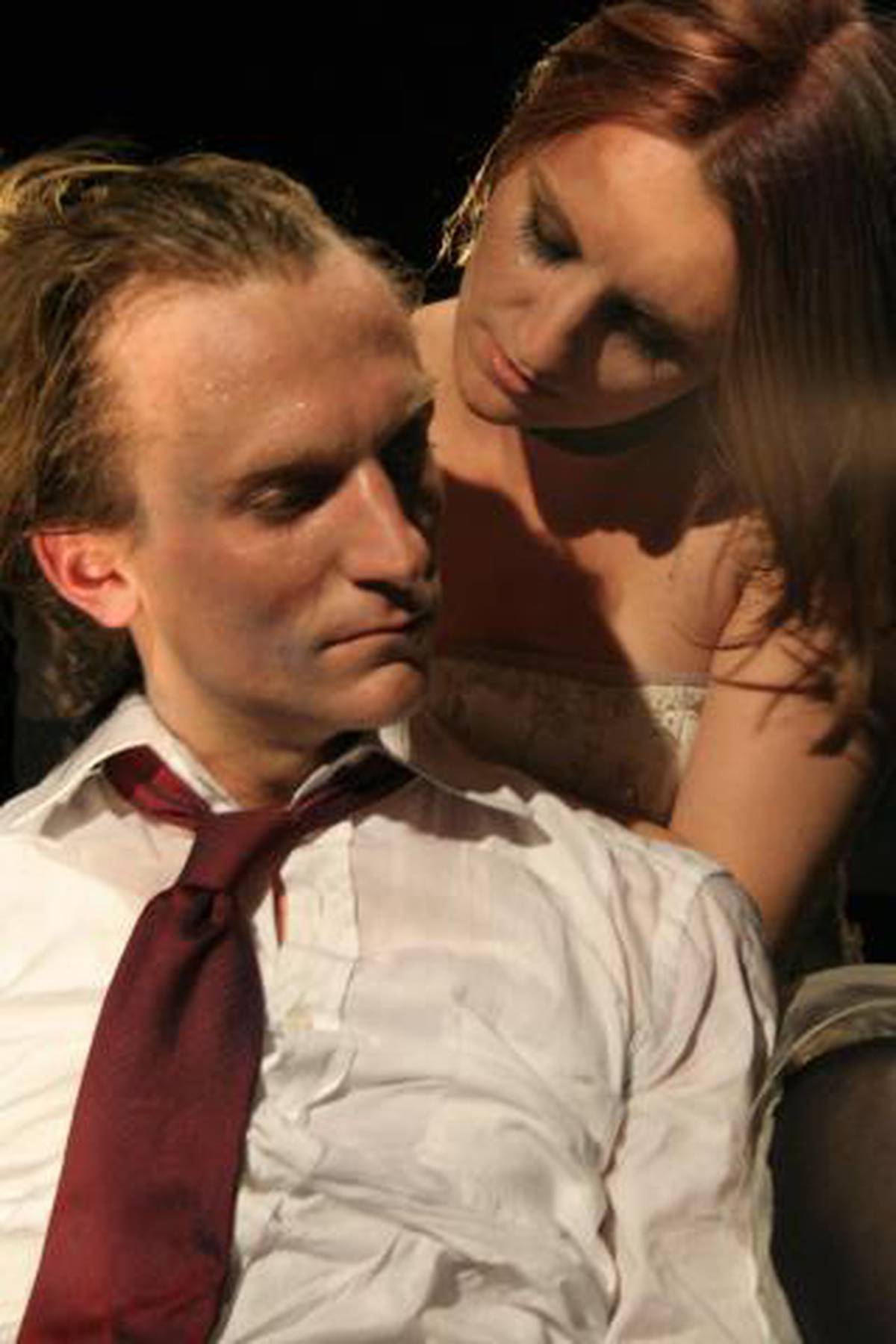