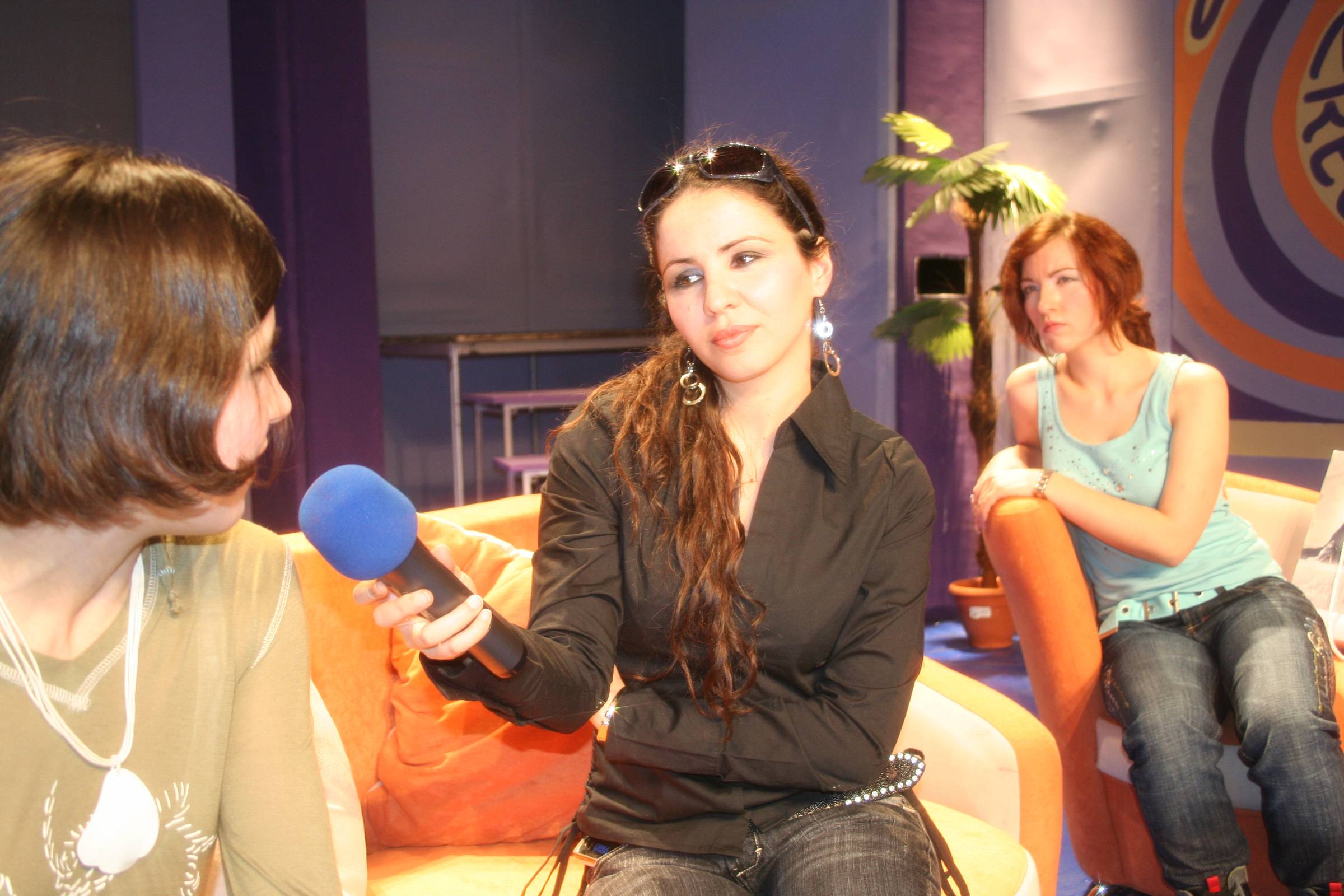 A new host is on demand for the TV show "Creeps", the new cool and trendy program on lifestyle and music. Petra, Maren and Lilly ended in the final casting round. But only one of them can fill the vacancy, the one who will perform better at the shooting. This competition sends them on the edge and they nearly lose their temper, as each of them has a strong motivation to get the job. Stirred by the invisible directing voice, the girls accumulate points, trying to outscore one another, realizing, too late though, that "Big Brother" changed the rules of the game.

THE DIRECTOR
Alexander de Montléart was born in Berlin, studied theatrology and movie directing in Munich and Paris. He concluded his acting courses with a graduation exam which he took and passed on the stage of the State Theatre in Stuttgart. Between 1979 and 1986 he held the position of managing director of the Municipal Theatre in Lüneburg. Later on, he was appointed editor-in-chief and director of the mass-media centre within the Government of the German Federal Republic in Bonn, and since 1994 he has been a member in the Jury of The International Documentary Film Festival from Bracciano, Italy. During his activity at GSTT, he staged the following plays: Iphigenia in Tauris, by Johann Wolfgang Goethe, The Trousers de Carl Sternheim, A Report to an Academy, by Franz Kafka, The Double Bass, by Patrick Süskind and Comedy, Satire, Irony and Deeper Meaning, by Christian Dietrich Grabbe.
Director de Montléart was offered the GFR Cross of Merit for his activity abroad.

"Who will grab the hostess microphone in the new show Creeps? Will it be Lilly, the sexy young girl born into money, Petra, the simple, honest, good East-German, or Maren, the problematic student with a passive-aggressive behaviour? This is the stake of the show Creeps by Lutz Hübner, whose premiere directed by Alexander de Montléart (Bonn) hit the stage of the German Theatre yesterday. A simple story with a predictable conclusion (the battle between the TV glory candidates is in fact a live-cut, scenes to be broadcast as a reality episode), an undemanding script, not lacking humour, a reasonable, transparent staging, with strong sitcom accents, all made the show a recipe meant to attract the teen audience, who read Bravo Magazine and... are frightened by theatre. Other than that, Daniela Török impersonates a legitimate little fairy, Andreea Nistor gracefully fills in Petra's jeans, and Ioana Iacob creates quite an emphatic Maren. And it all ends well when the girls go shopping together..."


Excerpt from: Sitcom-colored theatre – Teenagers are invited to watch Creeps. in: The Daily Agenda, February 17th 2007 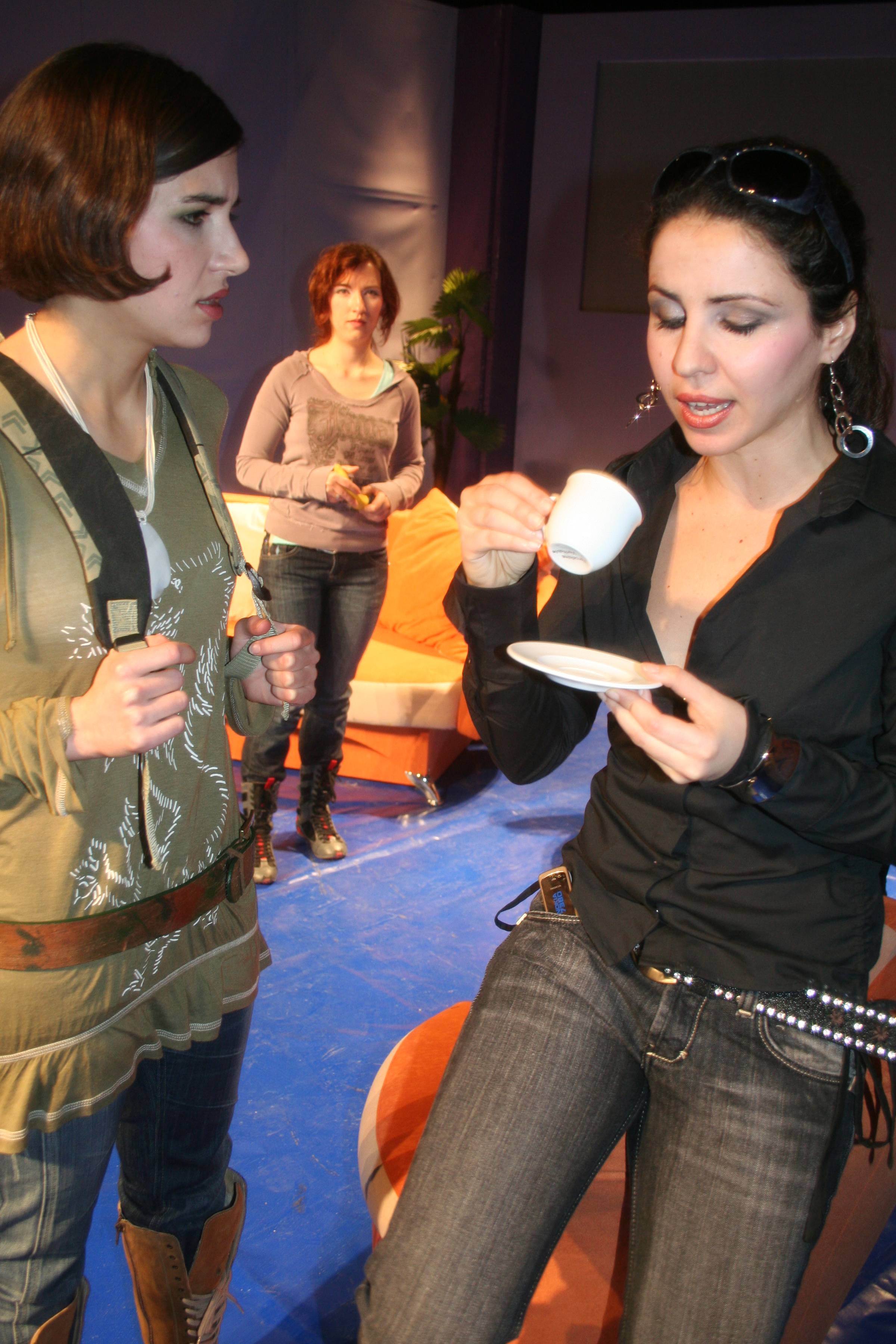 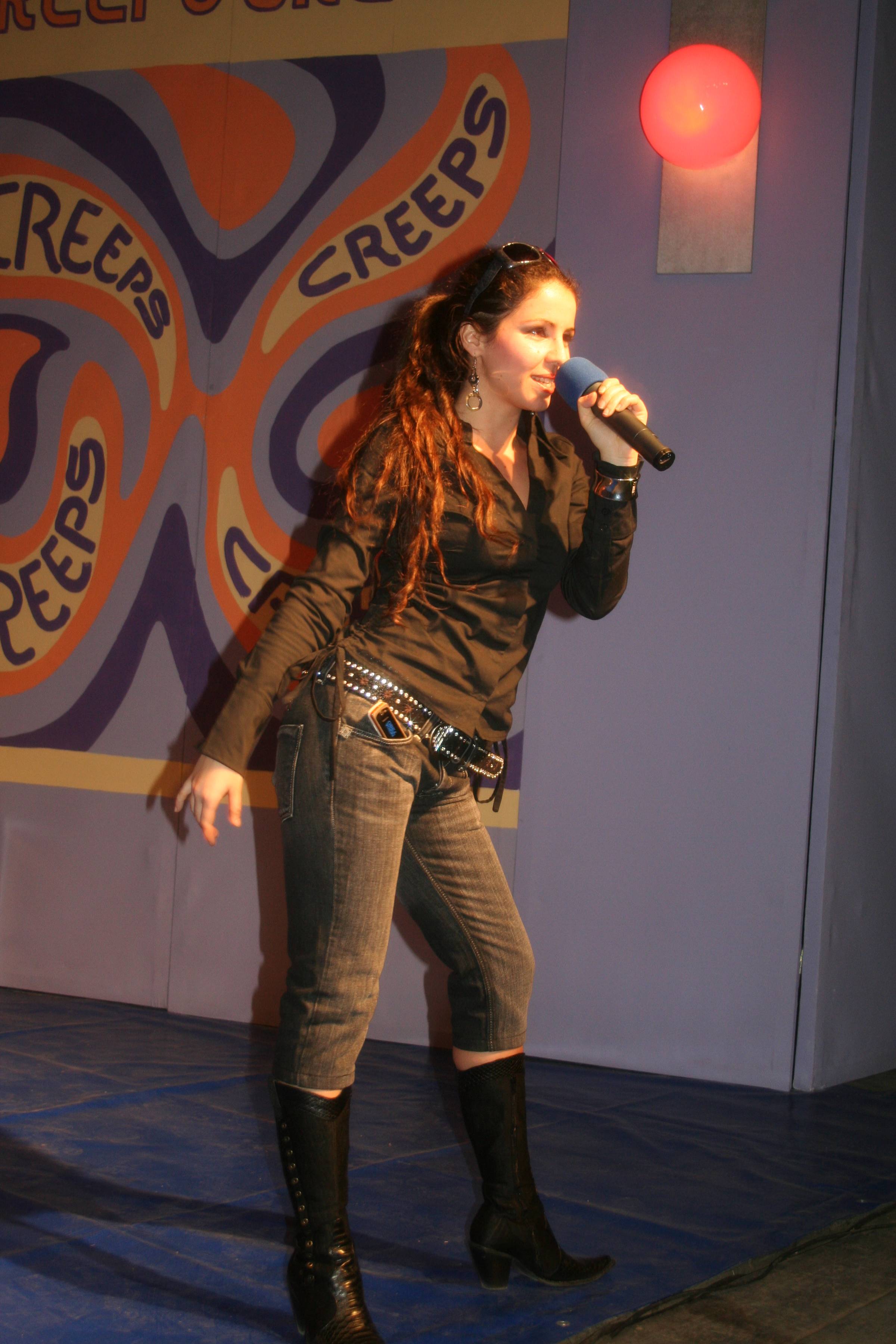 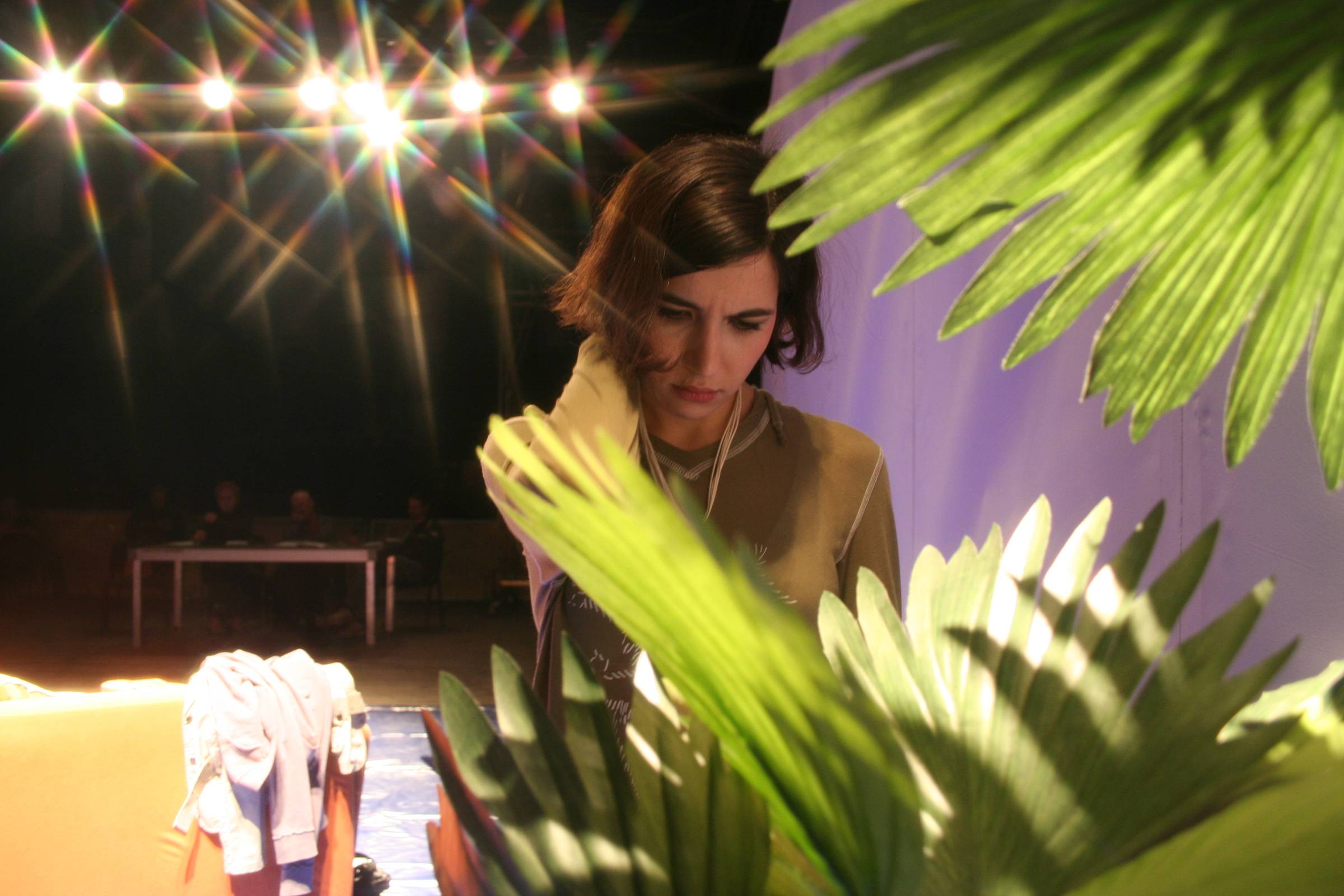 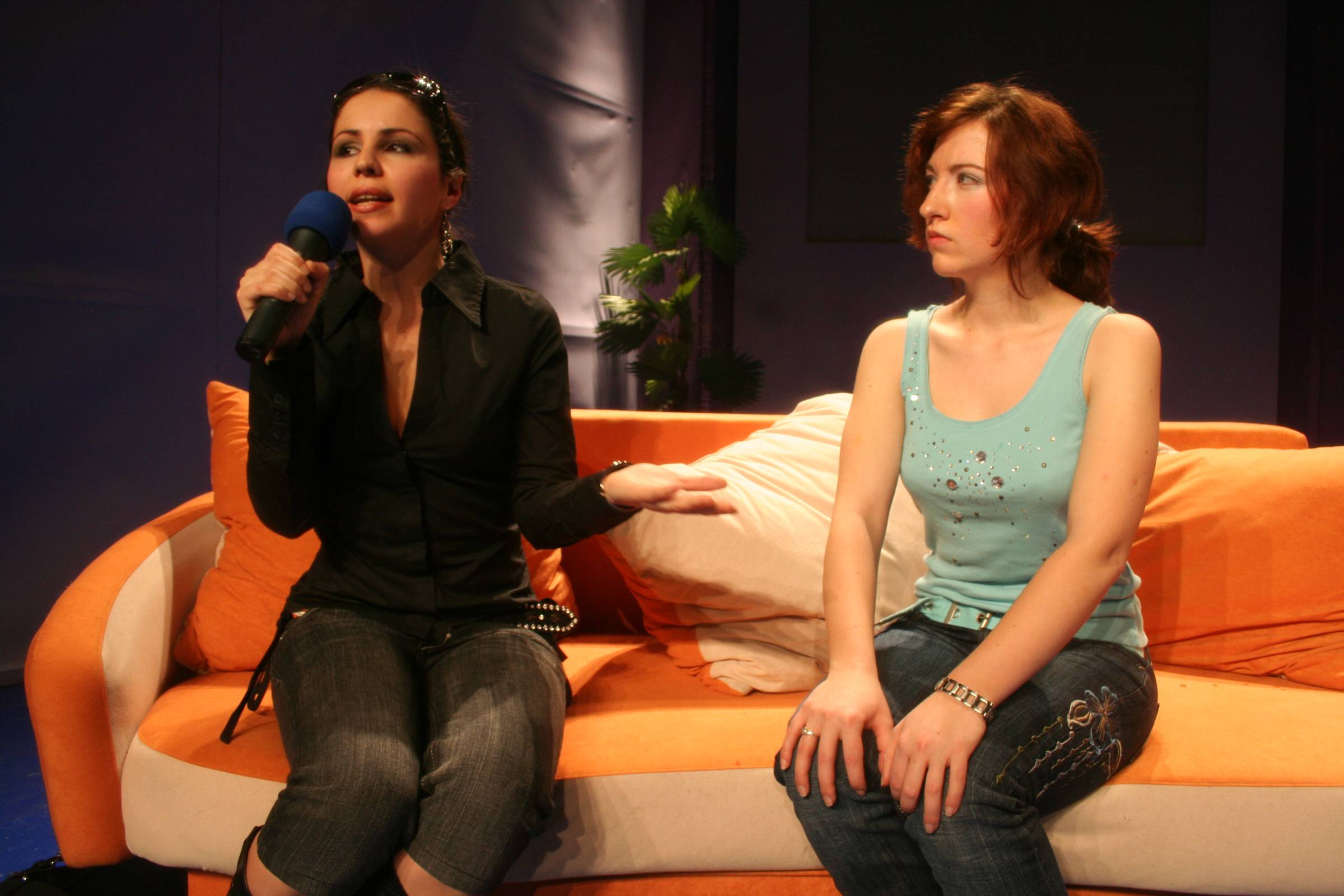