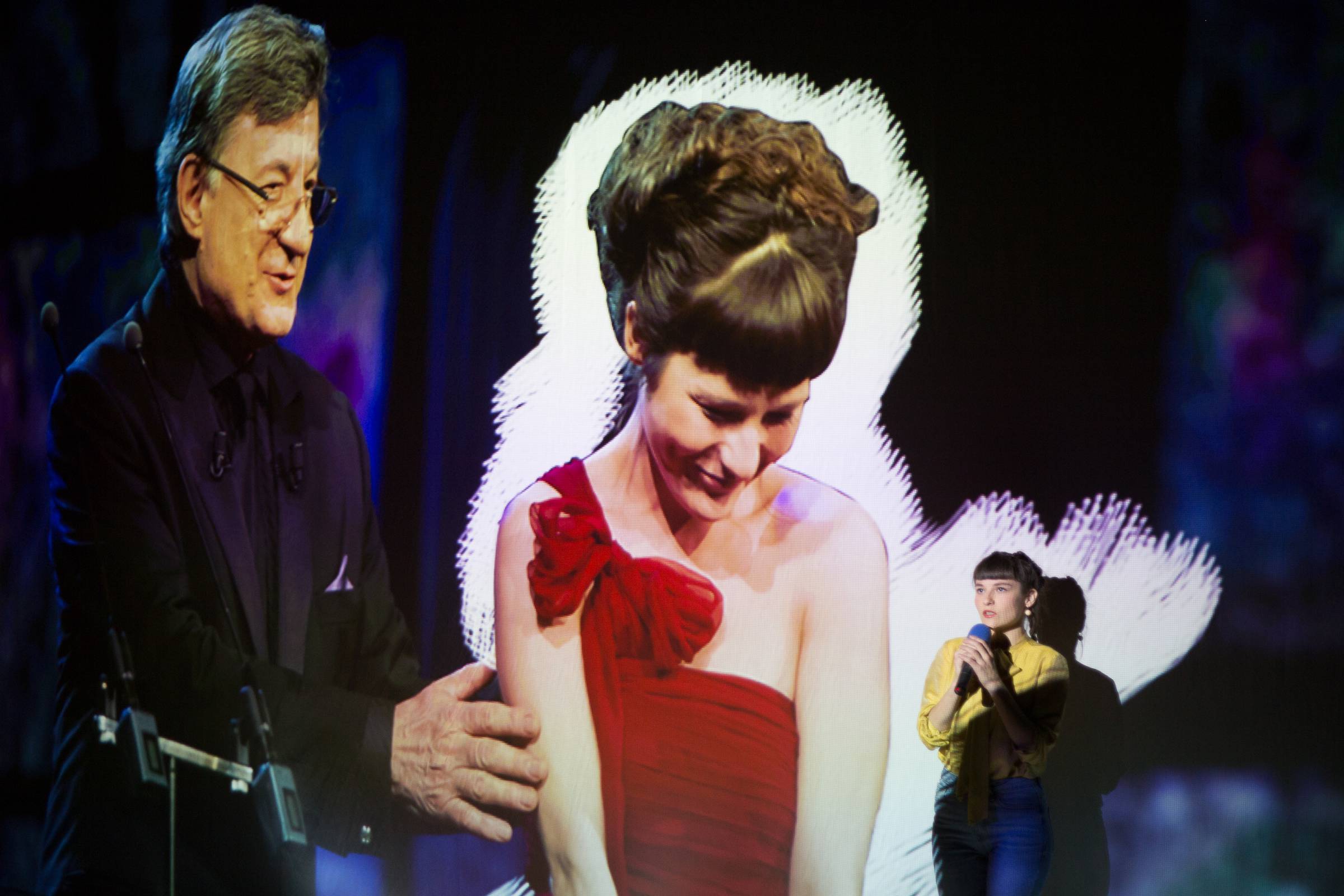 Romanian Diary. Timișoara is a multidisciplinary project, which brings together cinematography, photography and theater, and it builds upon a series of unexpurgated and immediate confessions, a genuine reflection of interpersonal relations, decisively influenced by the urban environment, but, equally so, a call to social and community involvement. The architecture of the production is determined by the actress’s biographies, which unearths the parts played by parents, friends, strangers, and the city - through its inhabitants, neighborhoods, artists and the local administration, in defining us as individuals – spaning from the nostalgia of the first experiences to the immediate present. The confessions are built almost exclusively on the life experience of the actresses, whether its junctures of happiness or pain, success and failure, trauma and depression, or alienation and belonging.

The six protagonists - in addition to the aforementioned Ioana Iacob and Daniela Török, the artistic team also includes Ida Jarcsek-Gaza, Tatiana Sessler-Toami, Olga Török and Silvia Török - appear one after the other in the collage, which was put together in a first-class manner by Carmen Lidia Vidu. They do not act, but tell about their passions and weaknesses, fears and depressions. It is amazing and at the same time touching how the actresses relentlessly reveal their dreams, thoughts and feelings. The wide selection of different age groups - ranging from 31 to 71 - makes it possible to cover a large time span: life during the communist Ceauşescu dictatorship, the massive emigration of the Swabians, the contemporary precarious working conditions. The inadequate Romanian school system is questioned, as are the lack of animal protection laws. Theater and cultural life are also examined, especially the fact that Timisoara is a controversial project as European Capital of Culture in 2021.

Will prompts me to write about yesterday's unusual evening. I described a total detachment from daily activities. The confession of rape in an actress's speech did not shock me. The reaction of the viewer, my reaction was one of sympathy and compassion. Through the play of the actresses, I experienced some fears under cover. As a child I was afraid of rape. Because I was born in a certain geography, in a certain neighborhood.

Some of the six protagonists were born in the Banat capital, others somewhere nearby, a third came here to study at university and to start and continue their work in a German-language theatre. Each of the six "performers", whether sitting in front of the microphone stand or holding it in their hands, gives us details about their family, their childhood and school years, what they think about the people around them, their work, what happens in the theatre, the city, life. They point out flaws, failings, prejudices, and they separate the bad from the good, admitting that they are not perfect either, that they do not consider themselves infallible, that they have or have had moments when things did not happen or still do not happen as they should or as they would have liked them to. All six are proud to live in the city of the Revolution, saying that they are surprised that, almost 30 years on, many events have remained and, it seems, will continue to remain entangled. They are also proud that in 2021 Timisoara will have the honour of being the European Capital of Culture, but they express their concern that for the time being almost nothing is connected, everything is lost in disputes and personal pride.

I would switch to Romanian Diary, the moment of intense artistic and emotional joy of the Festival, Carmen Lidia Vidu being, with the series of these Diaries, an open work, to be watched... a magician of the video technique, of the book-open actor, here six actresses, in whose memories she knew how to dig, in documents, in the history of Romania for about 30 years.

What really matters are not the biographical accidents, the sufferings and joys exposed to the public, but the marking of a human presence, the actor's investiture as a messenger beyond the roles of the stage. The whole performance suggests that the artist is the (human, civic and political) conscience of the community, called to express it. The diary also initiates a reversible process of making artists and the institution aware of their role in the community, in redefining repertory stakes oriented towards the audience.

What the performance produces is an awareness of the direct relationship between man and city, between the personal past and the future of the metropolis. And it also produces a distancing, a sterilization of pathos (not emotion) that allows the eye and mind to be lucid. The six actresses from the German State Theatre in Timișoara (Ida Jarcsek-Gaza, Tatiana Sessler-Toami, Daniela Török, Ioana Iacob, Olga Török, Silvia Török) subsequently/partially question the presence of the institution in the cultural life of the city, and the impasses in their careers, and the role of theatre today.

- Journal of Romania. Timișoara is the third episode (after Sfântu Gheorghe and Constanța) of a programme by director Carmen Lidia Vidu that aims to map urban communities through the prism of general history (of places) and personal history (of actors), in multidisciplinary formats (film, photography, theatre). The actors' biographies, (self)presented discursively, are "mounted" live with photographs and video recordings of the family, from the personal archive, or of the city, with images from the press of the time. The result is a lucid but moving reflection on the city, without festivity, positivism or negativity. In anticipation of 2021, when Timisoara will be the European Capital of Culture, a project that, locally, is limping administratively, conceptually and financially, 6 actresses (inspired by the idea of an all-female cast) from the German State Theatre explore the relationship of this eclectic, ethnic and cultural city with its people, passing through the filters of recent history, social transformation, architectural decay/revival, under the impact of the market economy. With lucidity, perhaps also with disappointment, but without pathos or hatred.

Journal of Romania. Timișoara (German State Theatre Timișoara, 2018) by Carmen Lidia Vidu is also part of a series dedicated to the experiences of the actors involved. In the case of Timișoara, it is about the actresses, of different ages, of the German Theatre and, ultimately, about the unavoidable shadow cast on their lives by having lived and living in the city where the Revolution started. The beginning of this revolution is, like destiny, part of their identity.

The greatest paradox of the reflection of the Revolution in Romanian theatre? It is a revolution without heroes, without victims, a fate that has fallen on everyone, orchestrated by an invisible, perhaps saving hand. It is often, if not always, someone else's accident, which we look at as mere bystanders. 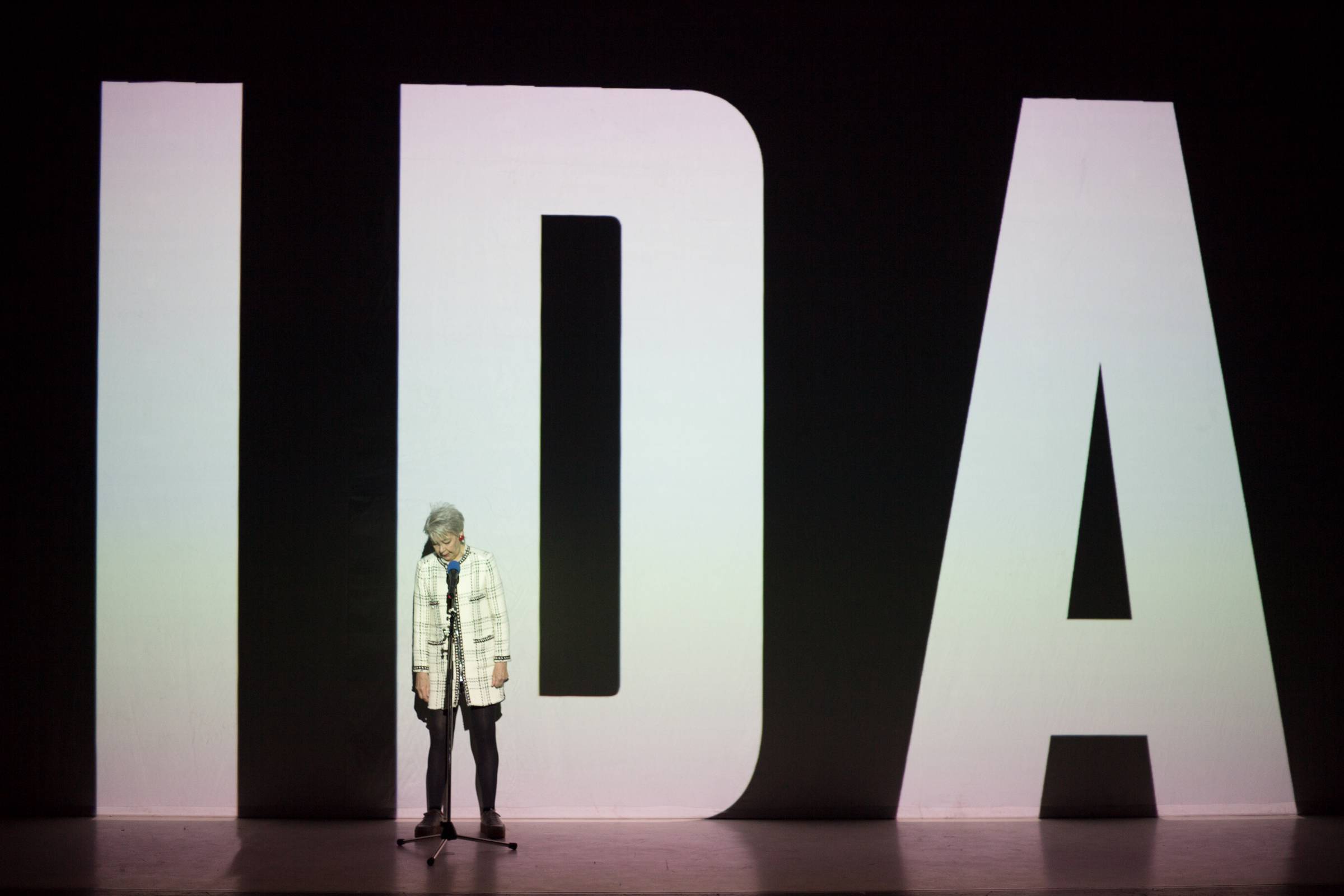 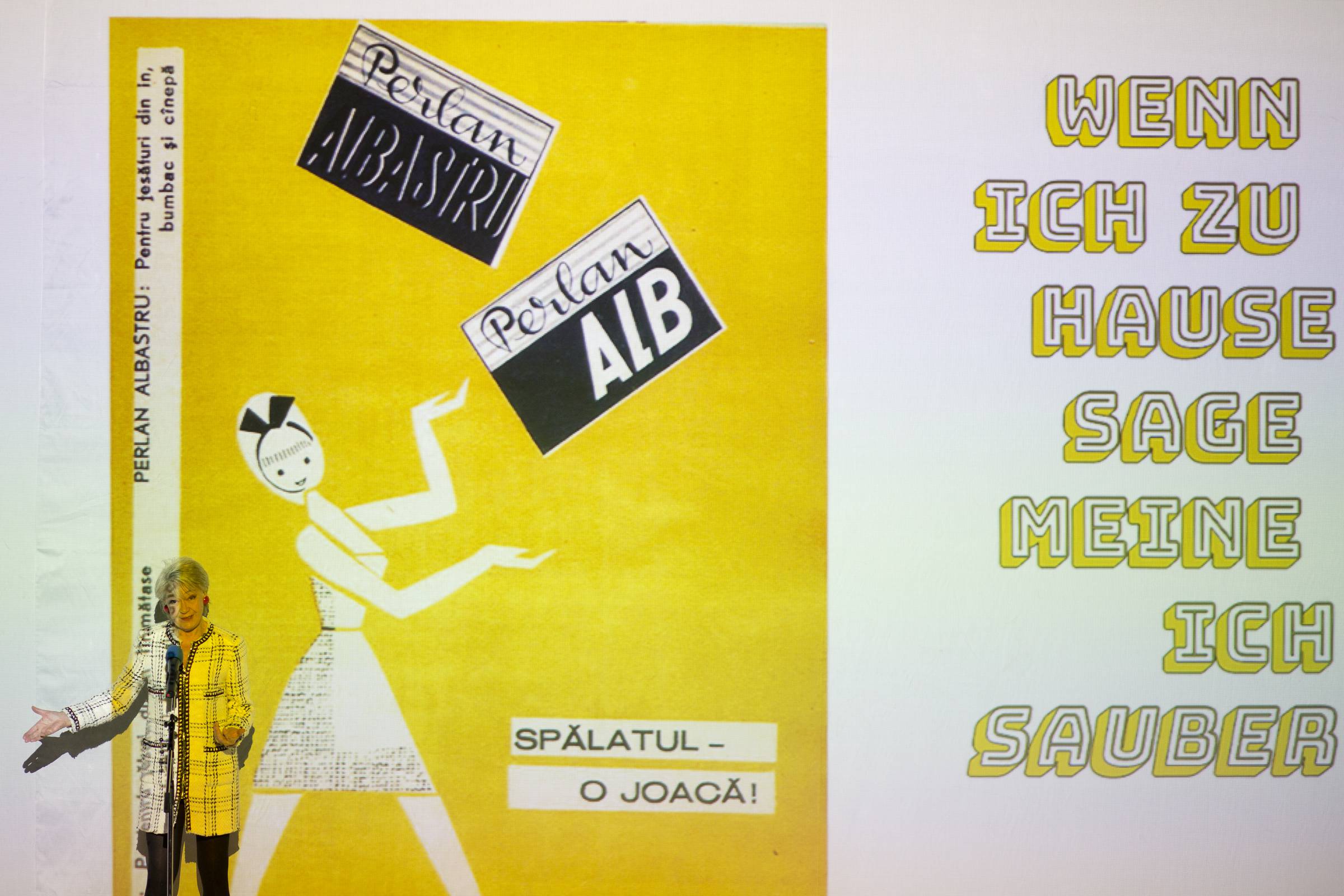 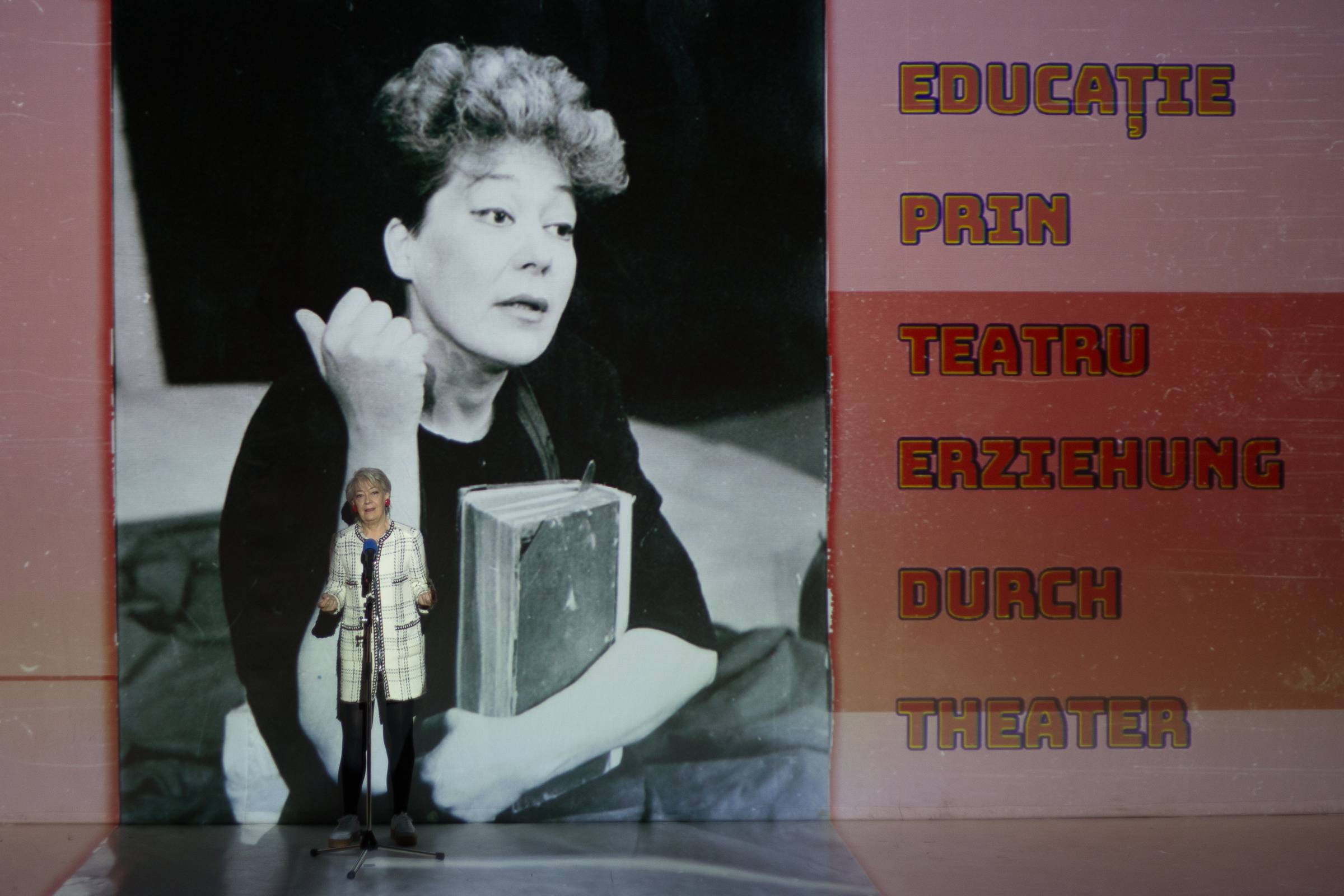 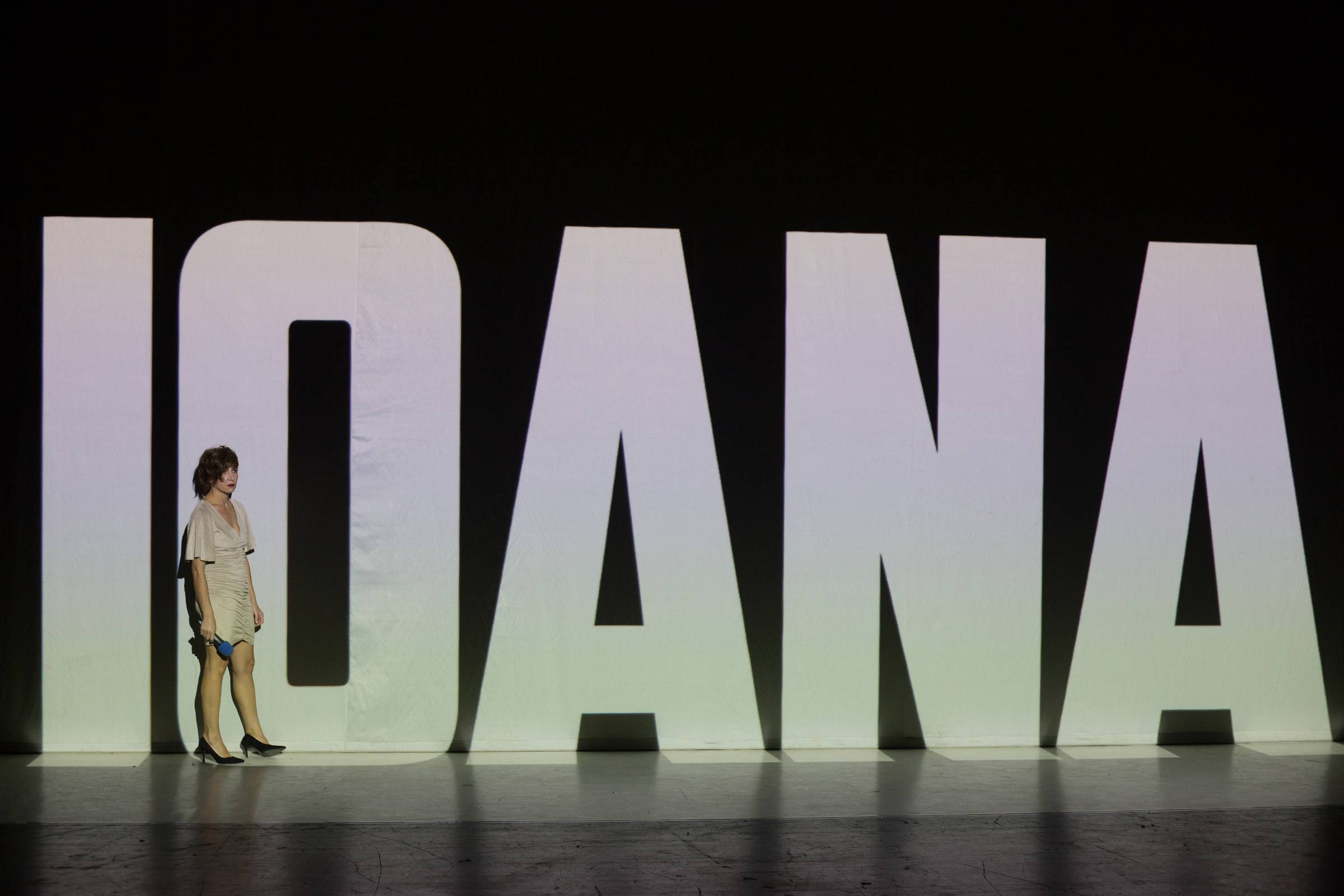 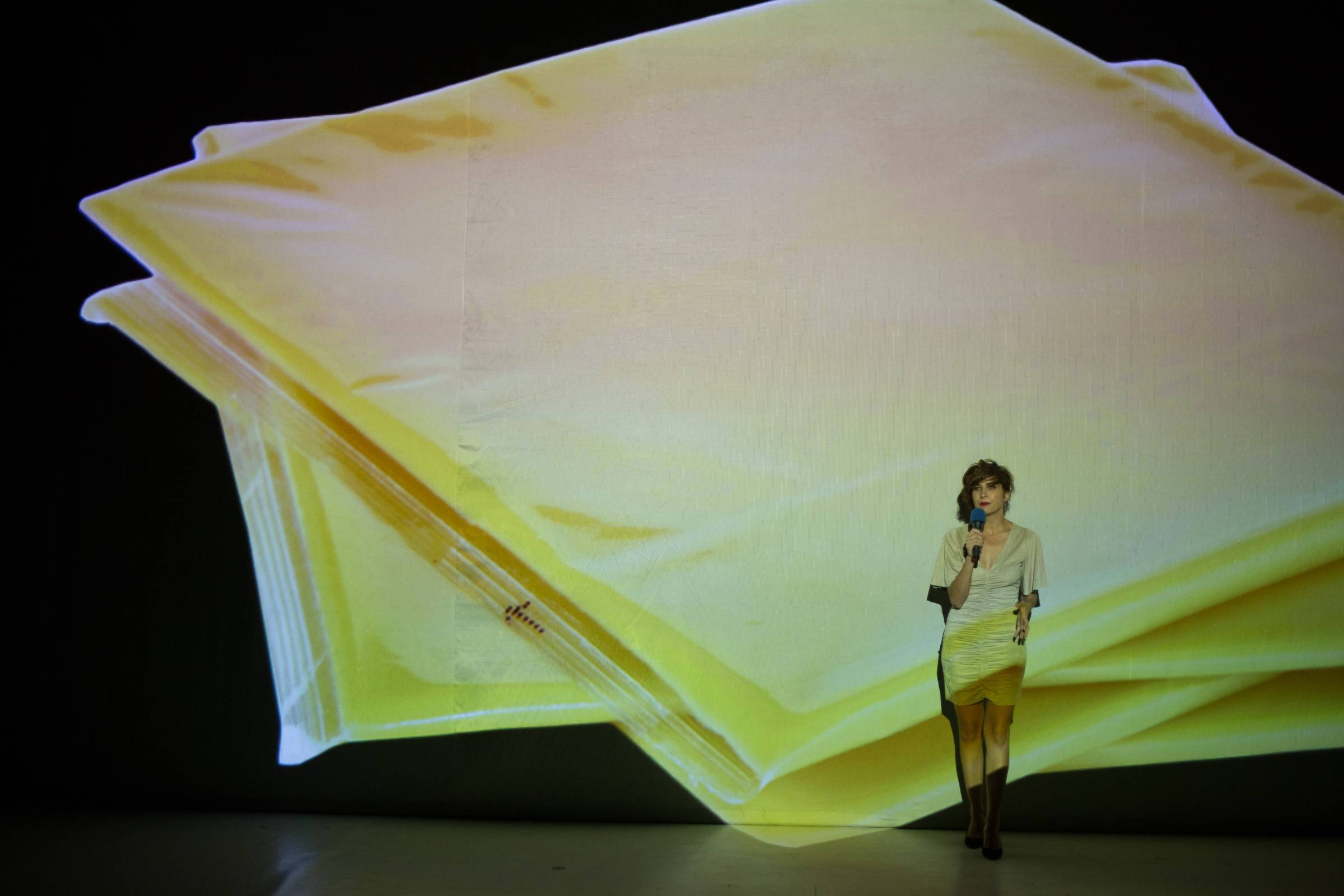 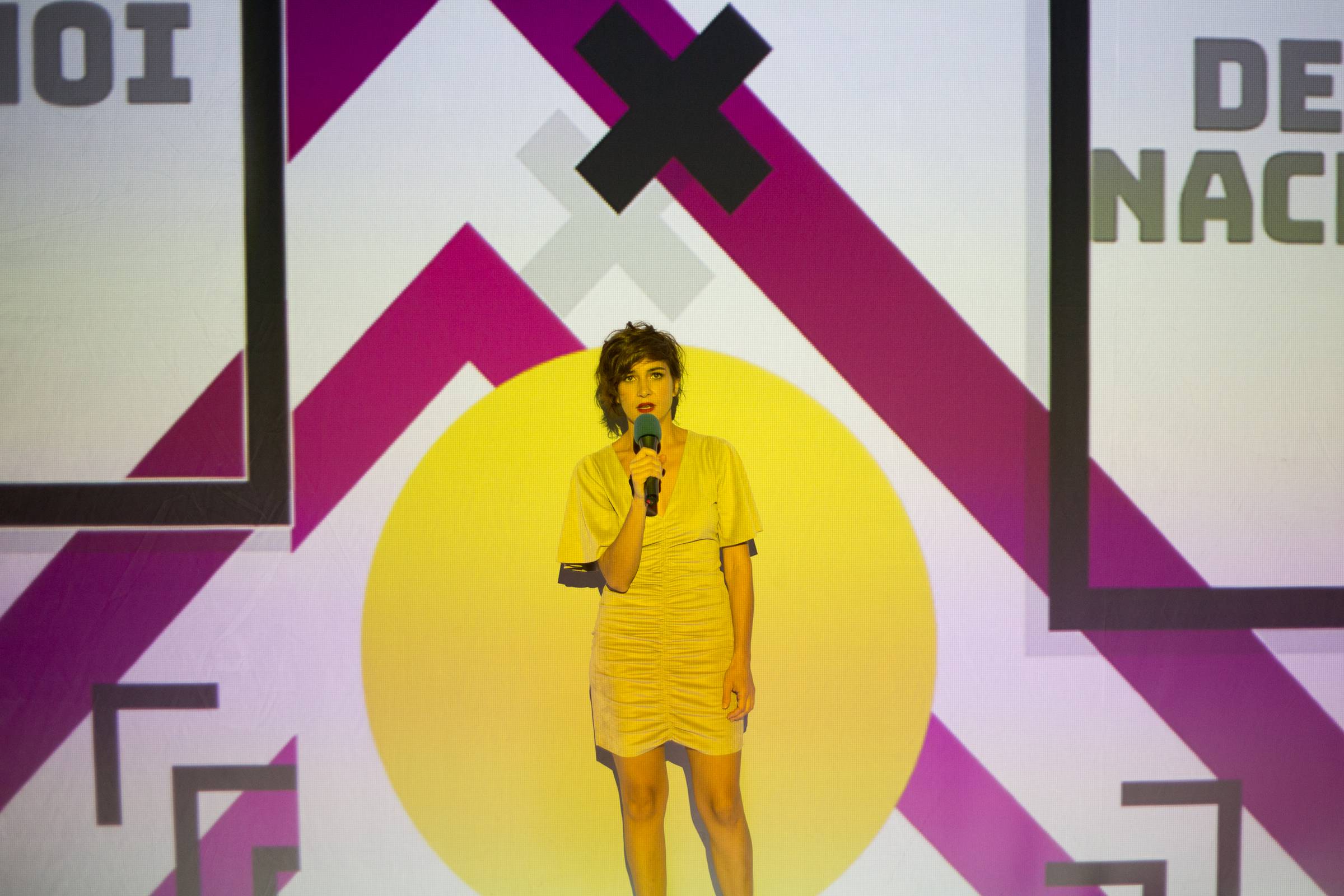 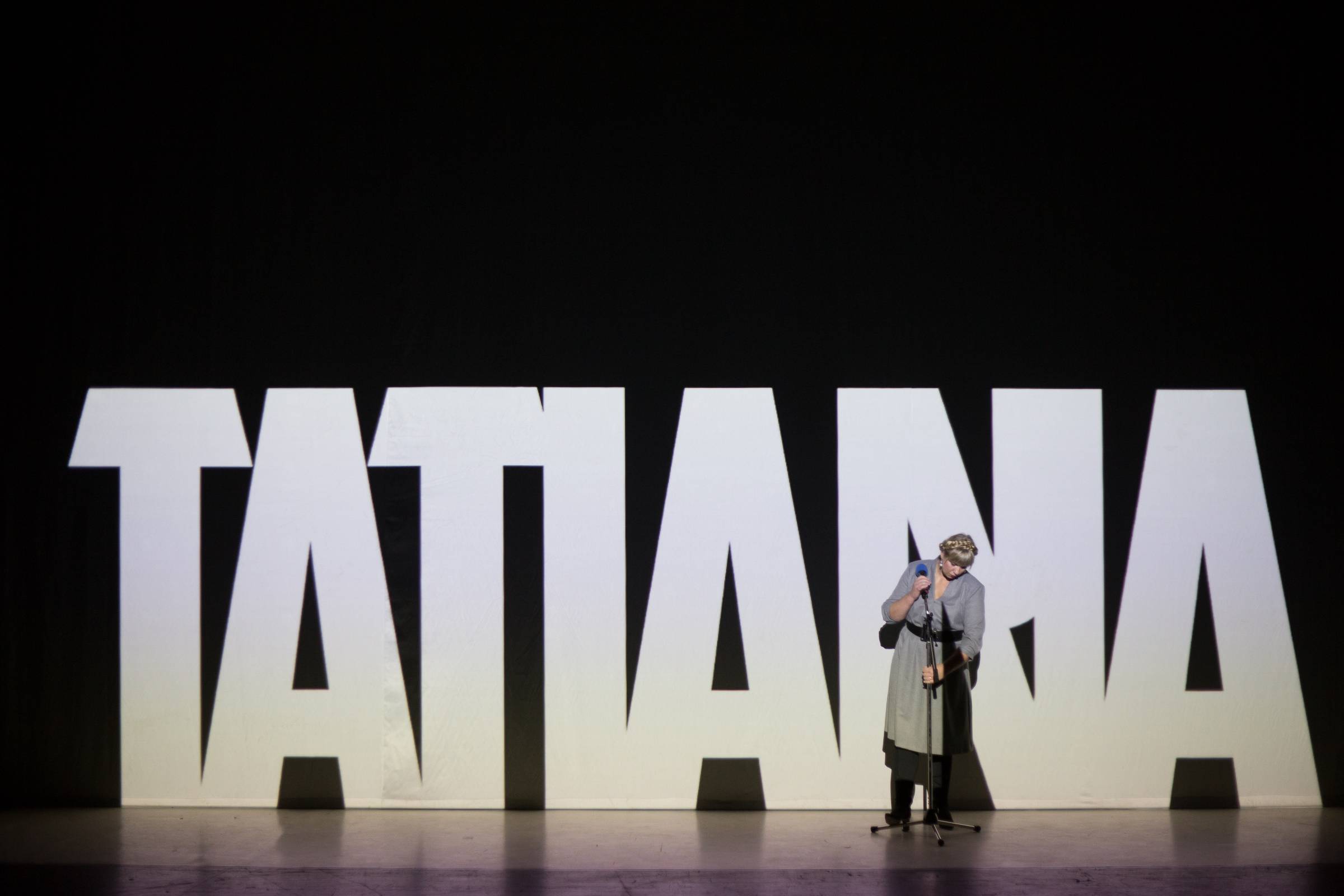 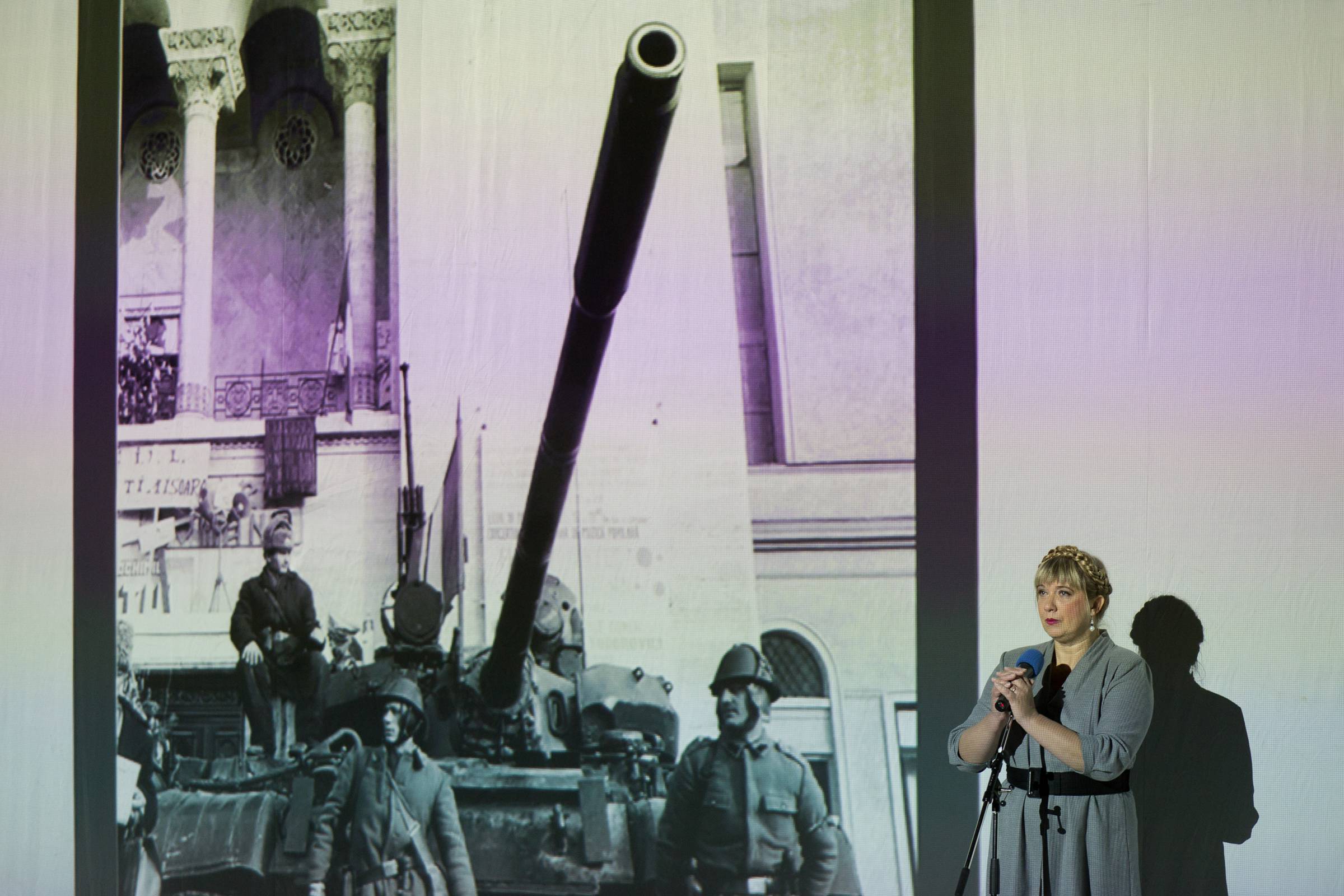 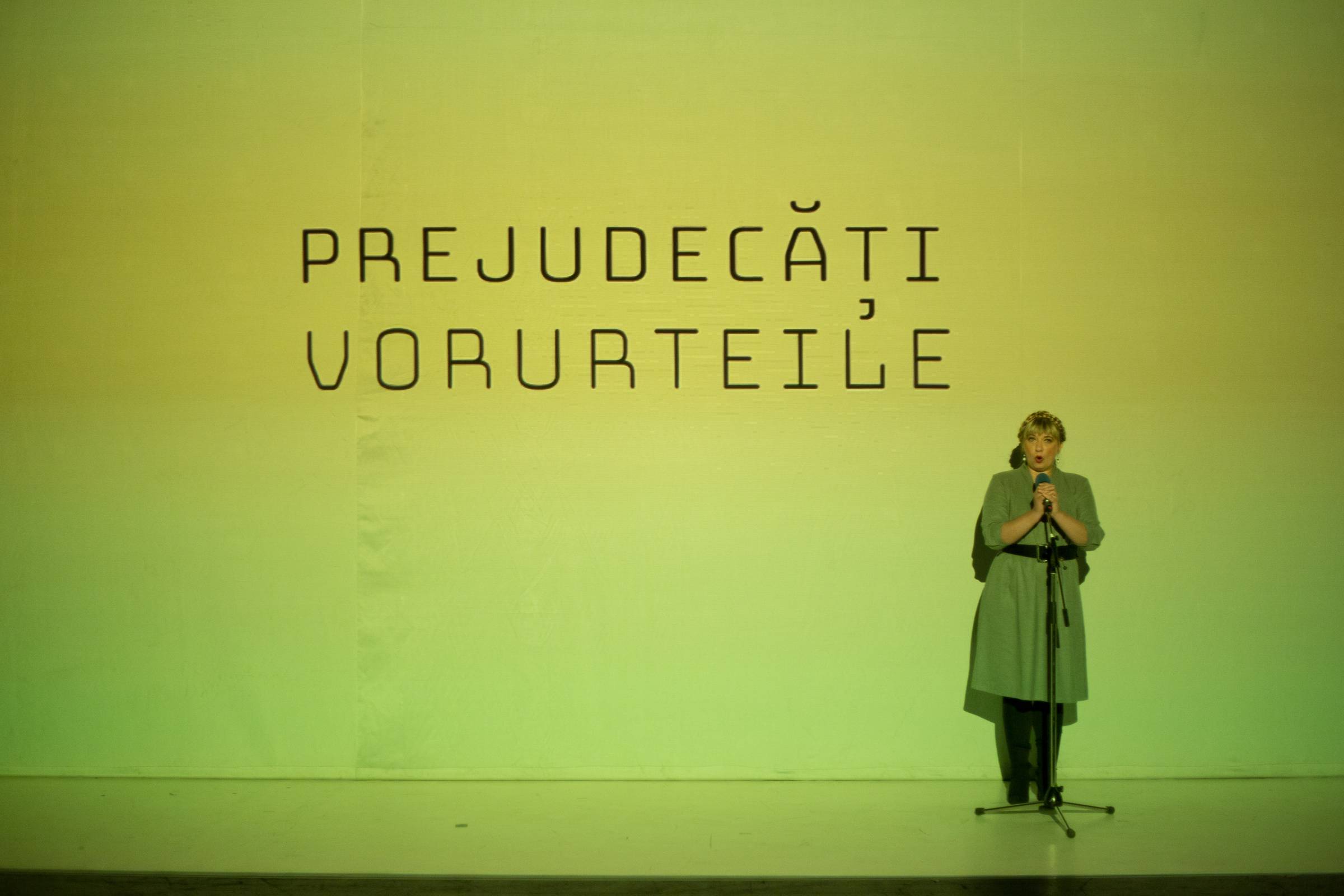 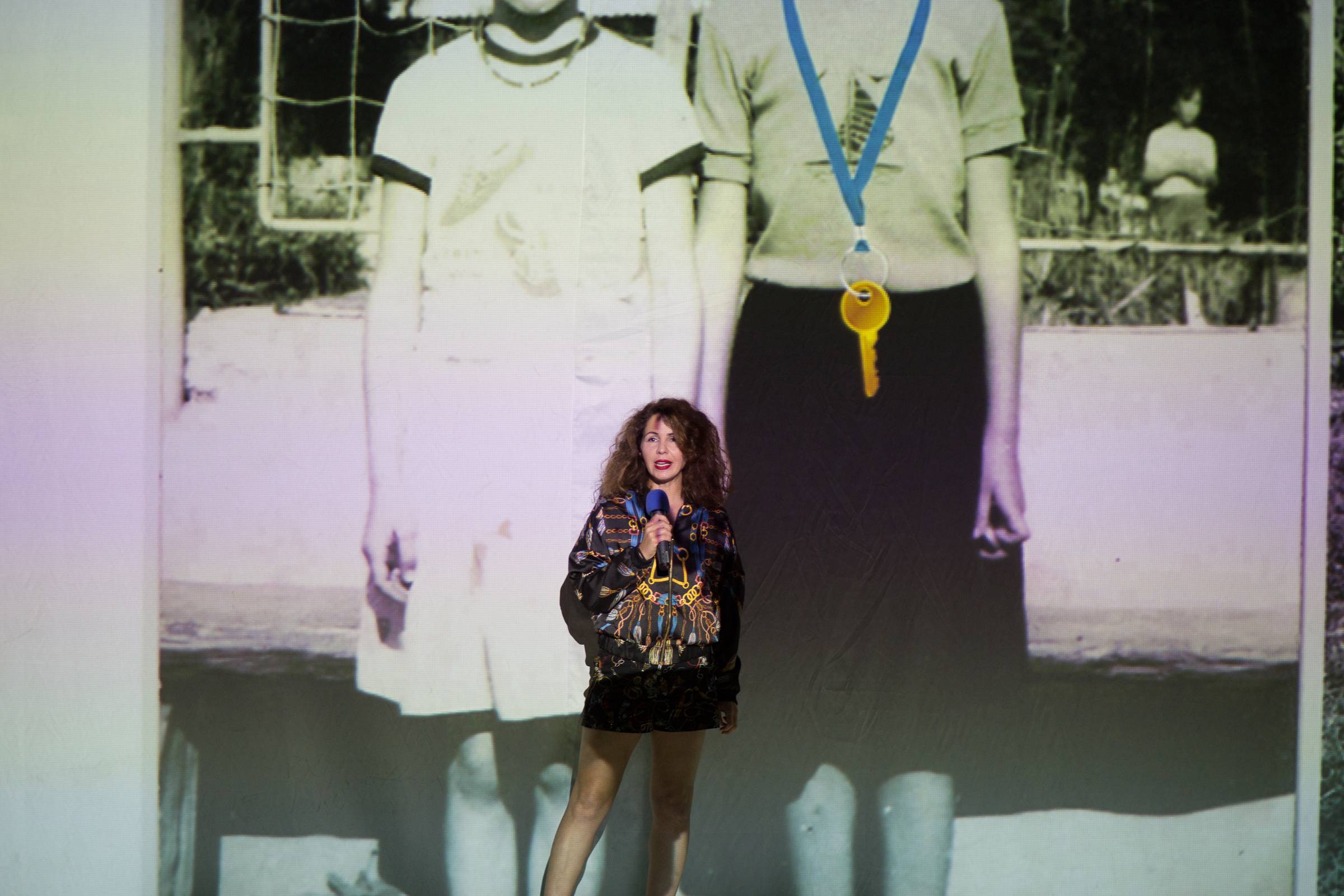 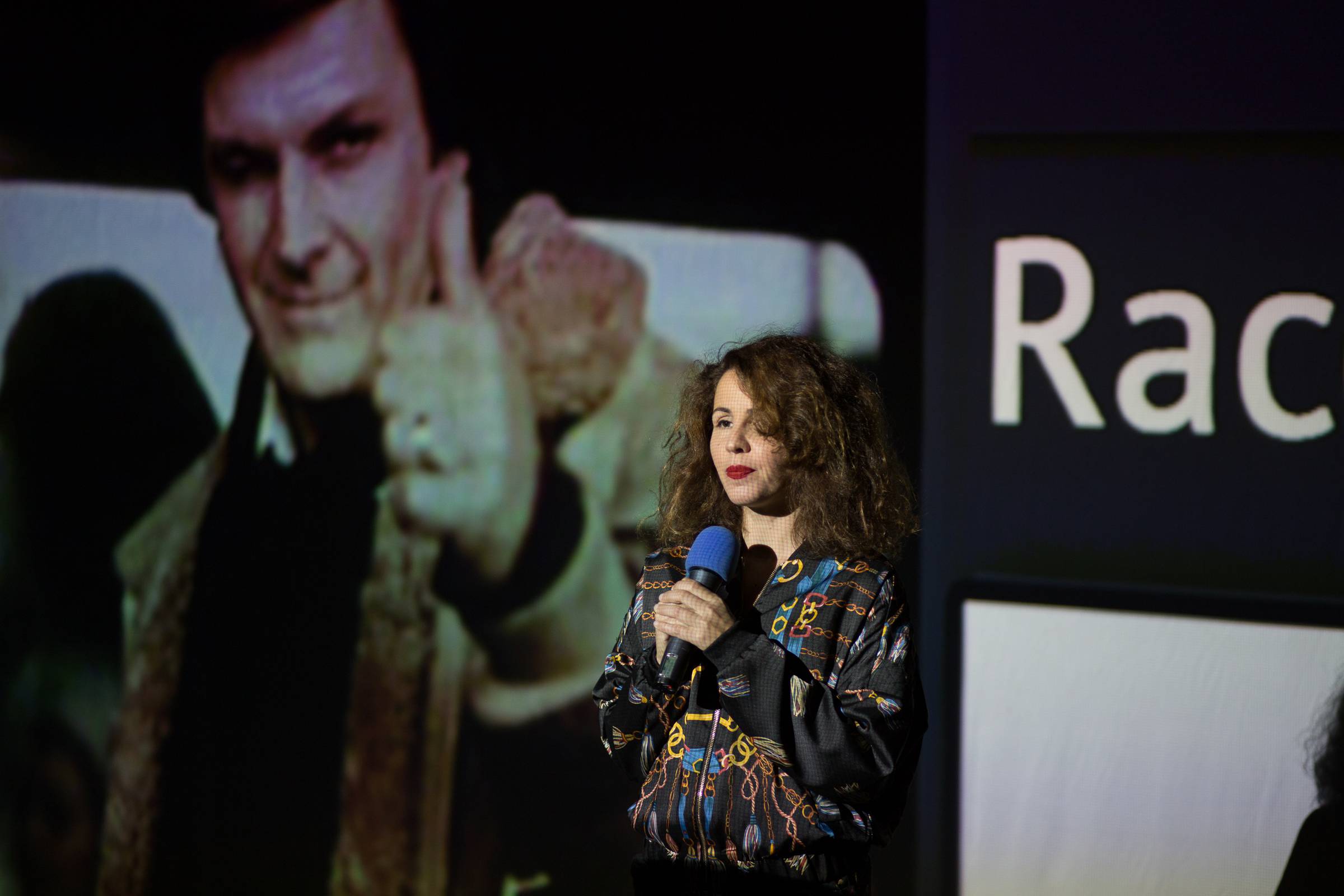 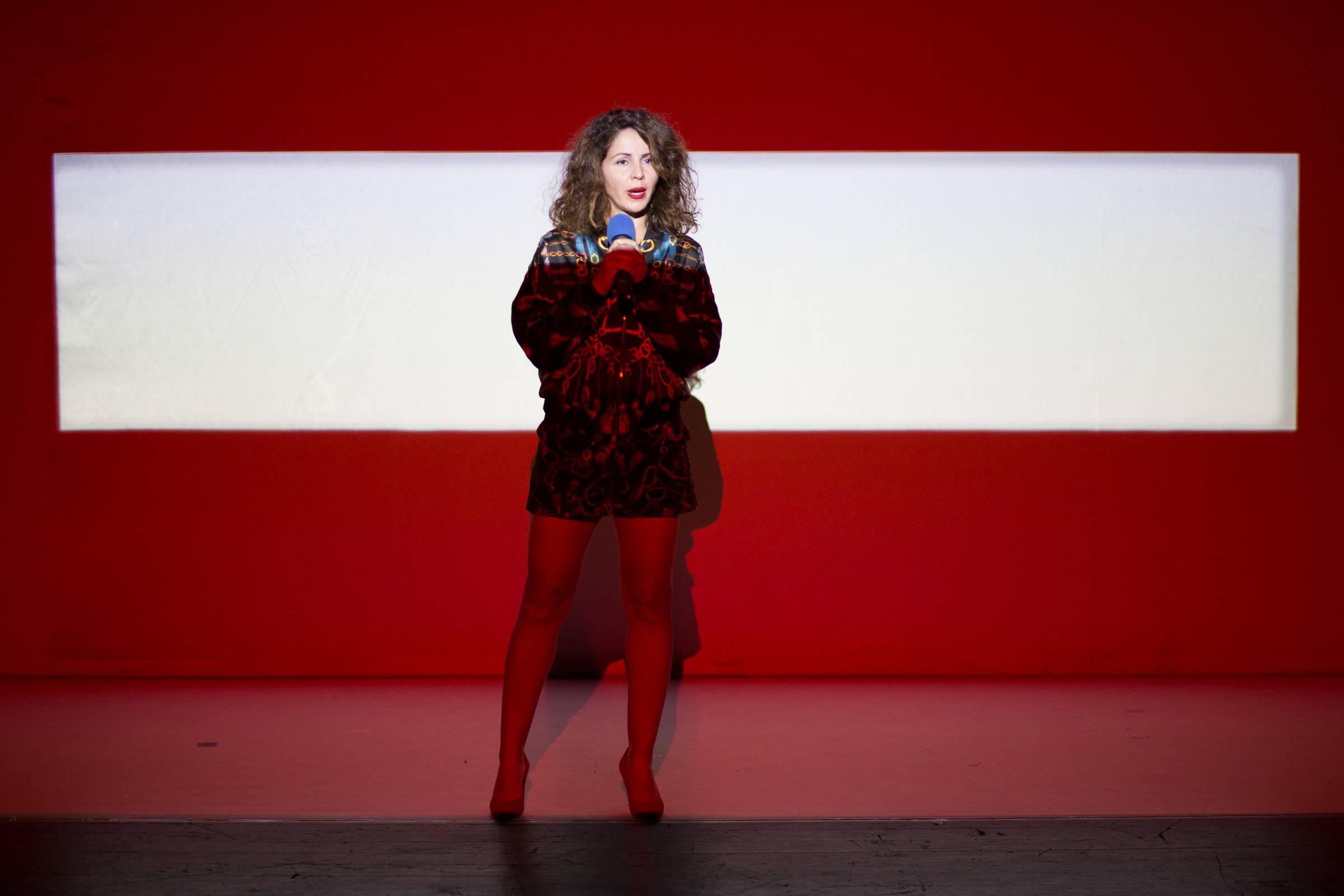 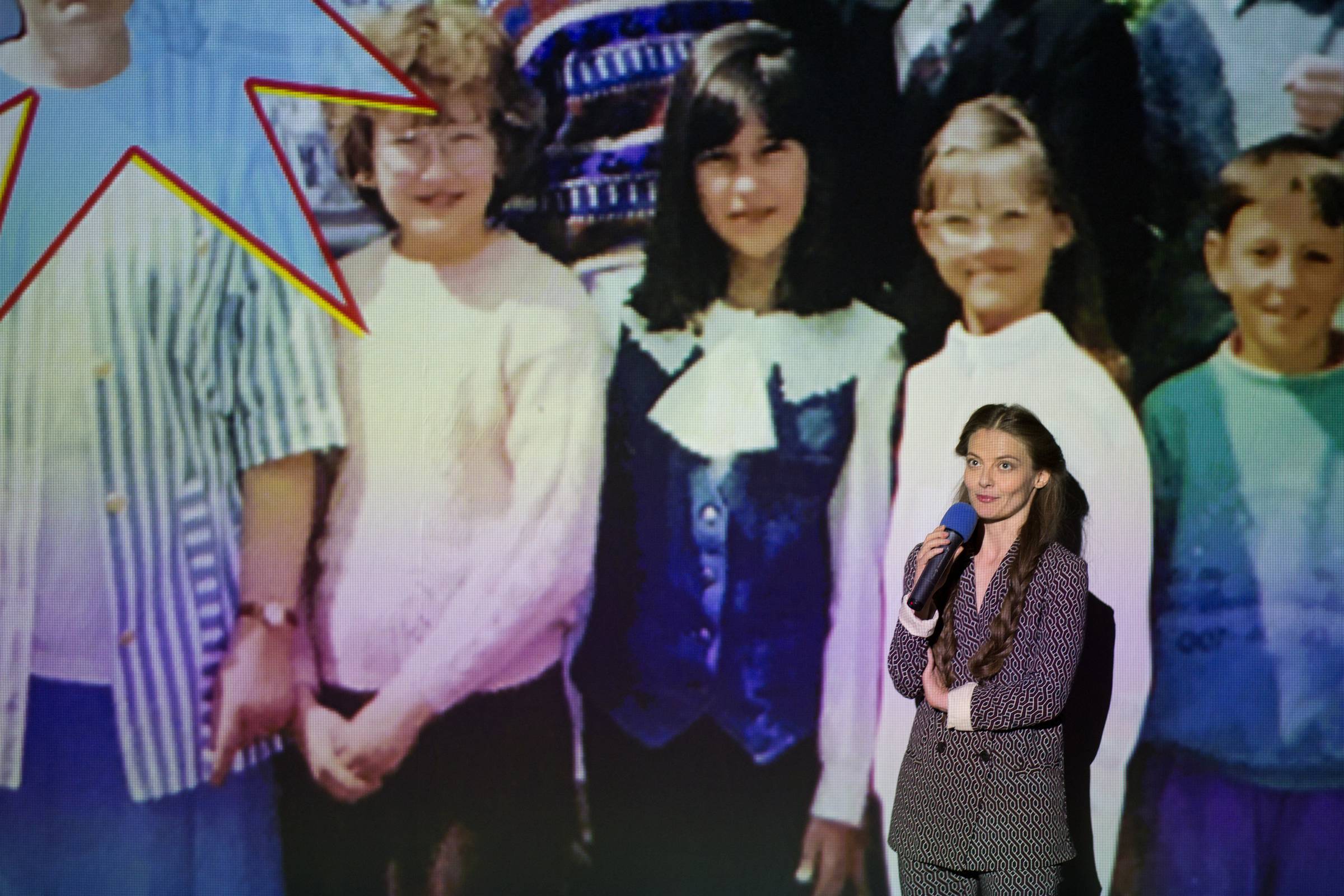 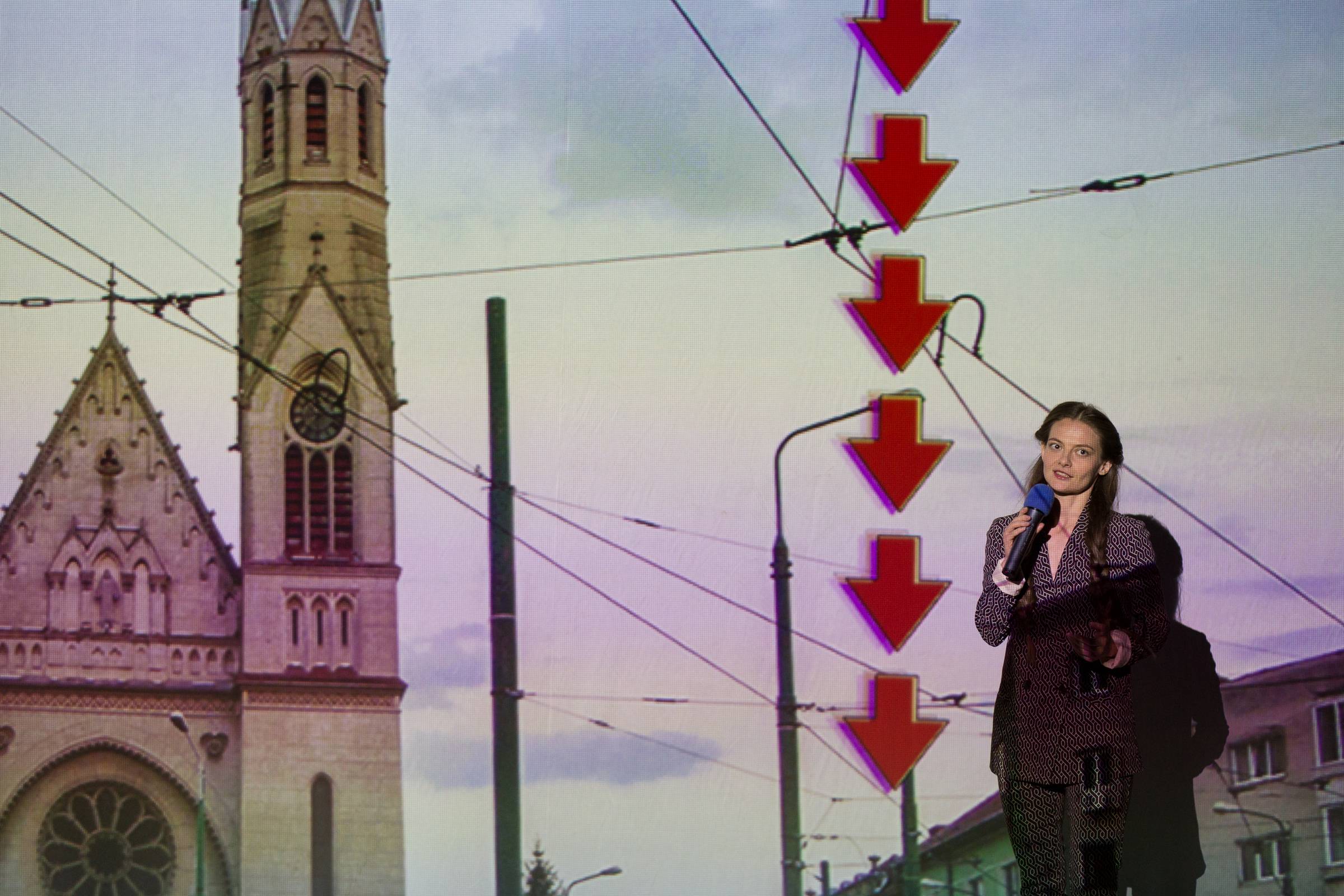 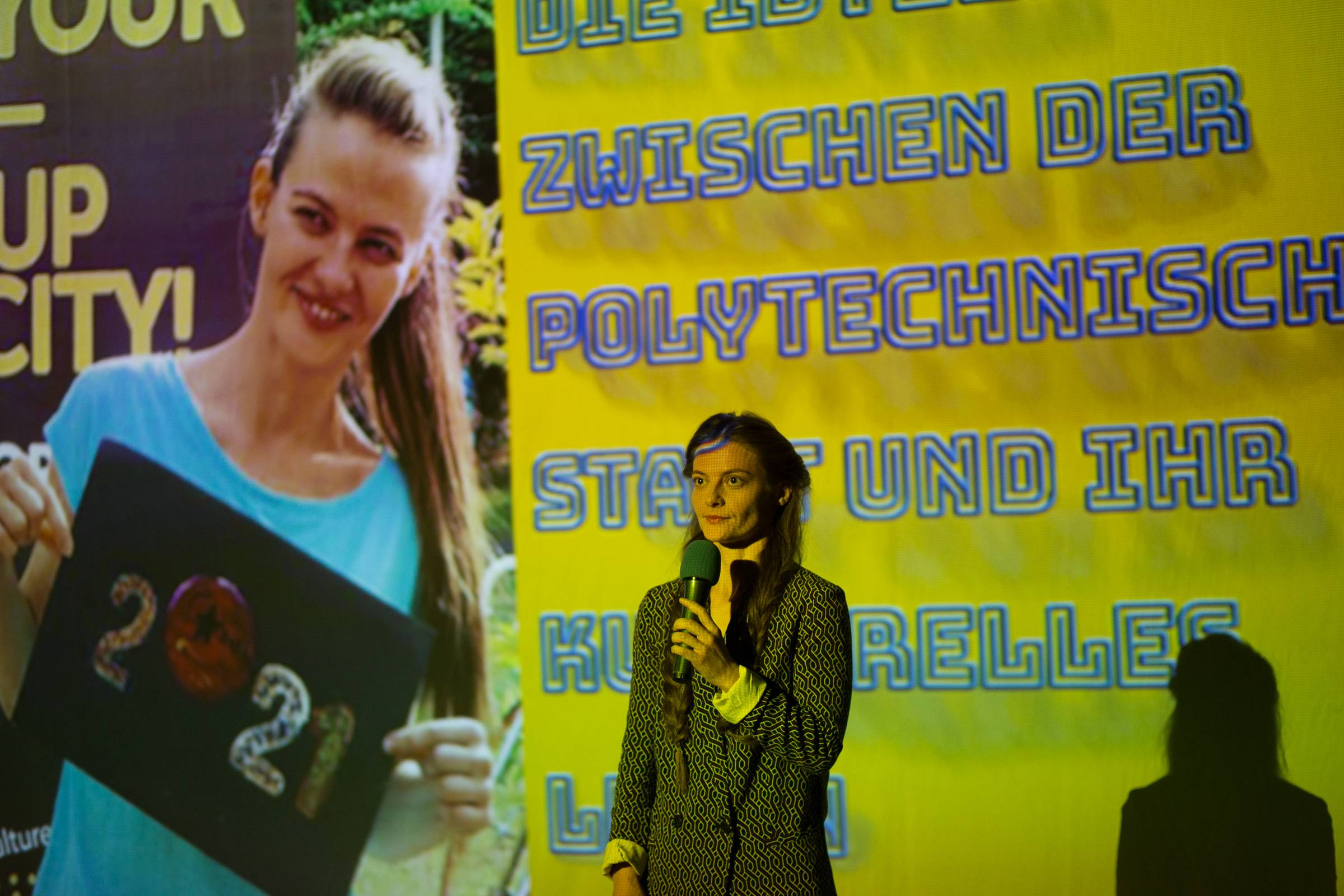 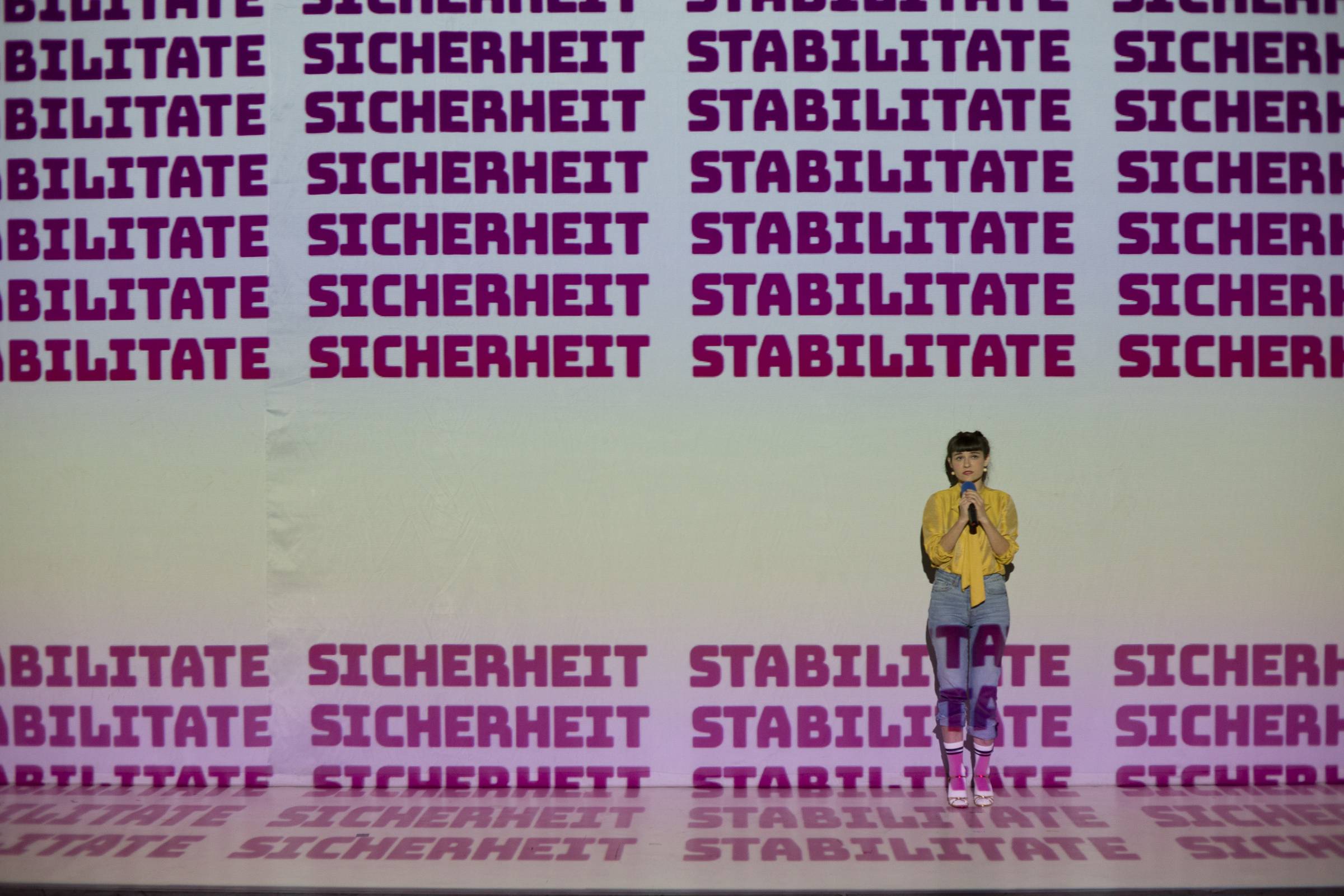 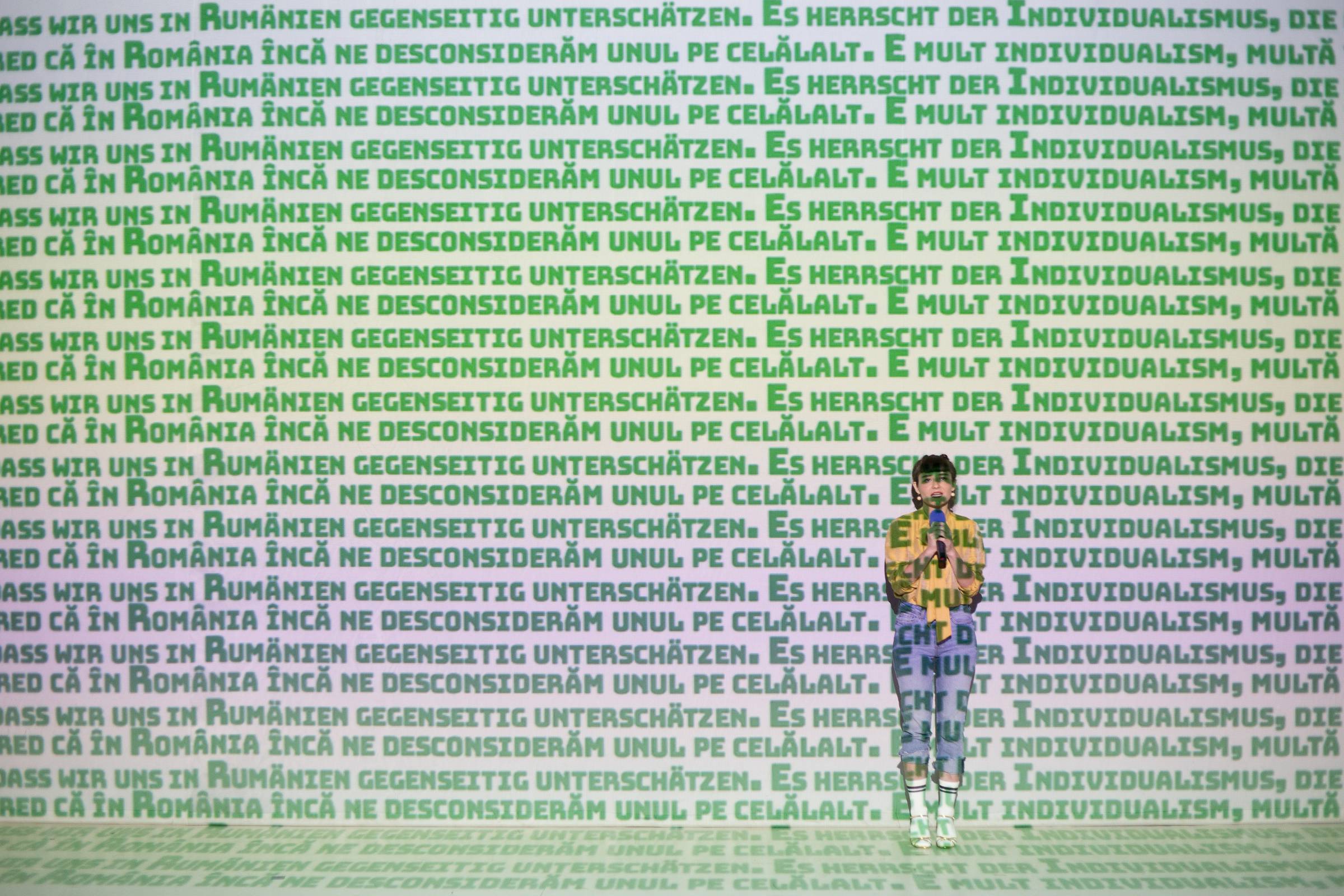 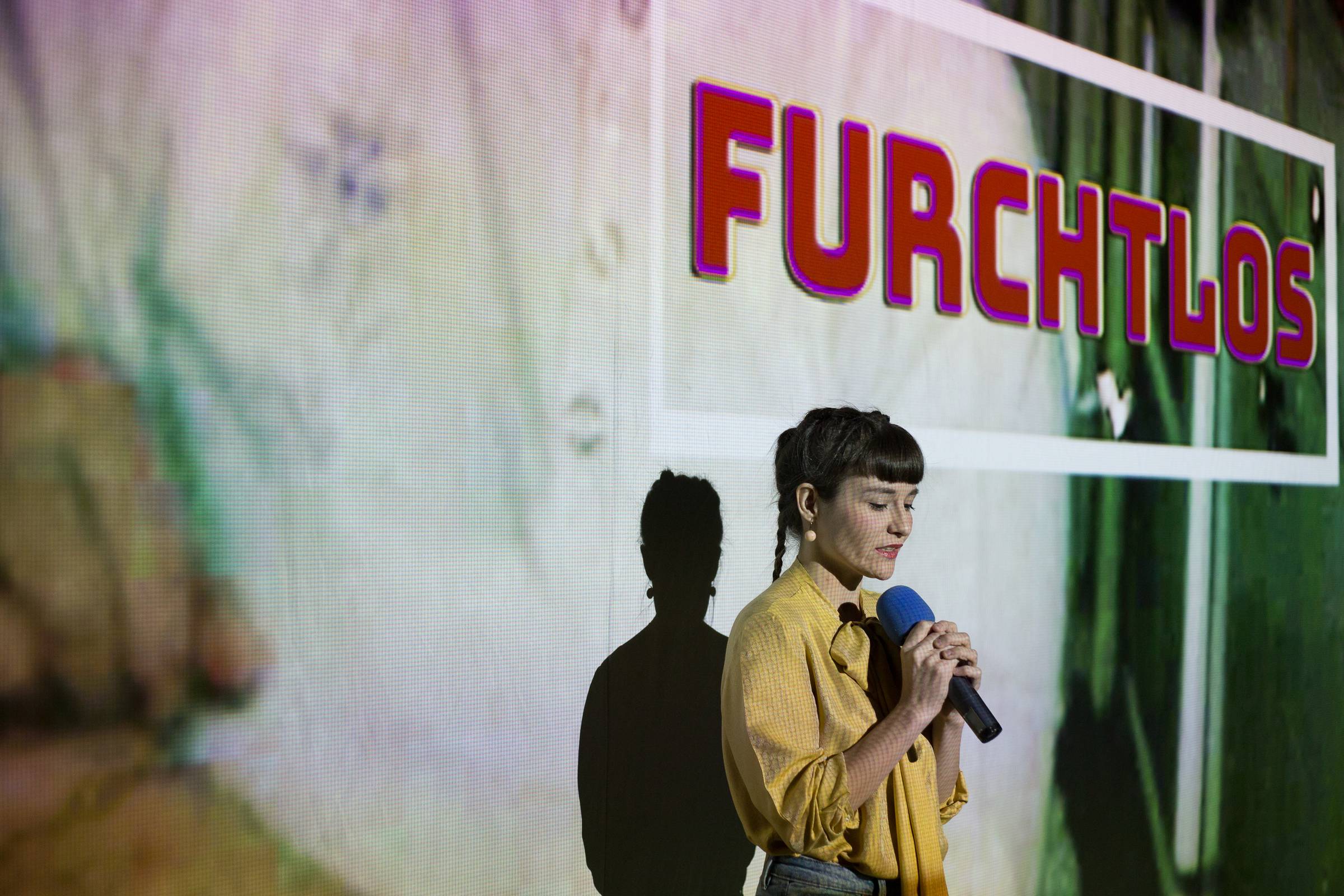 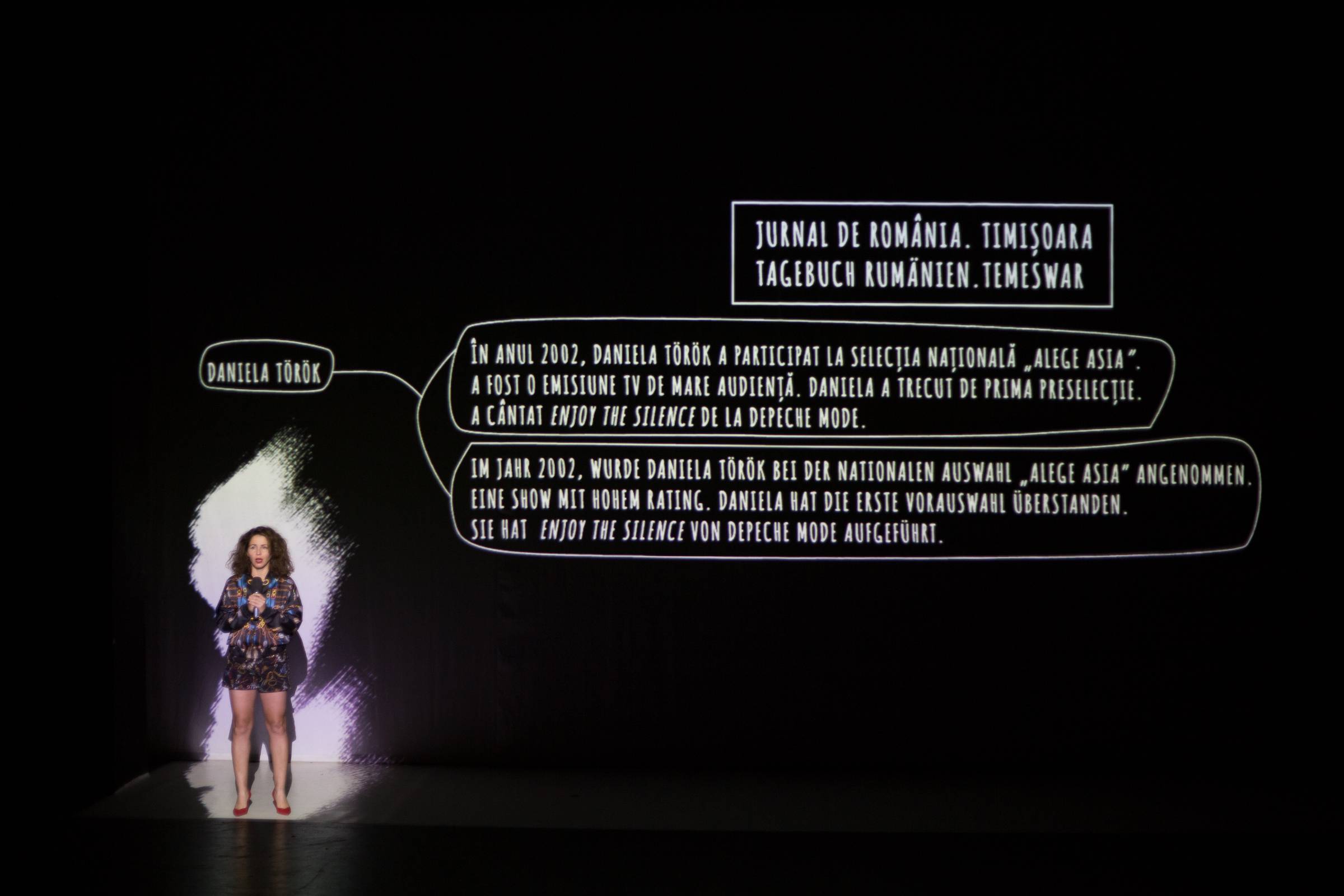 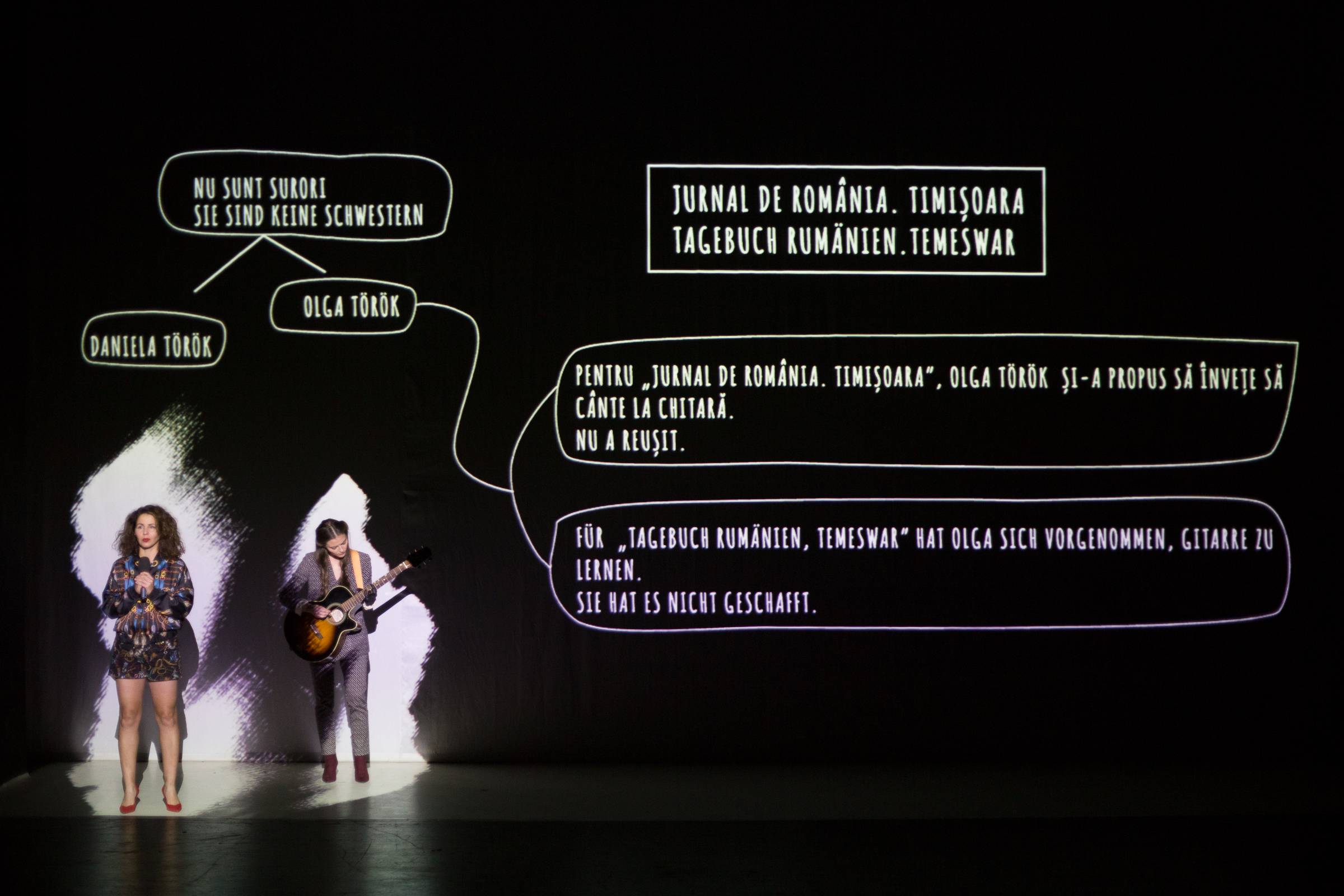 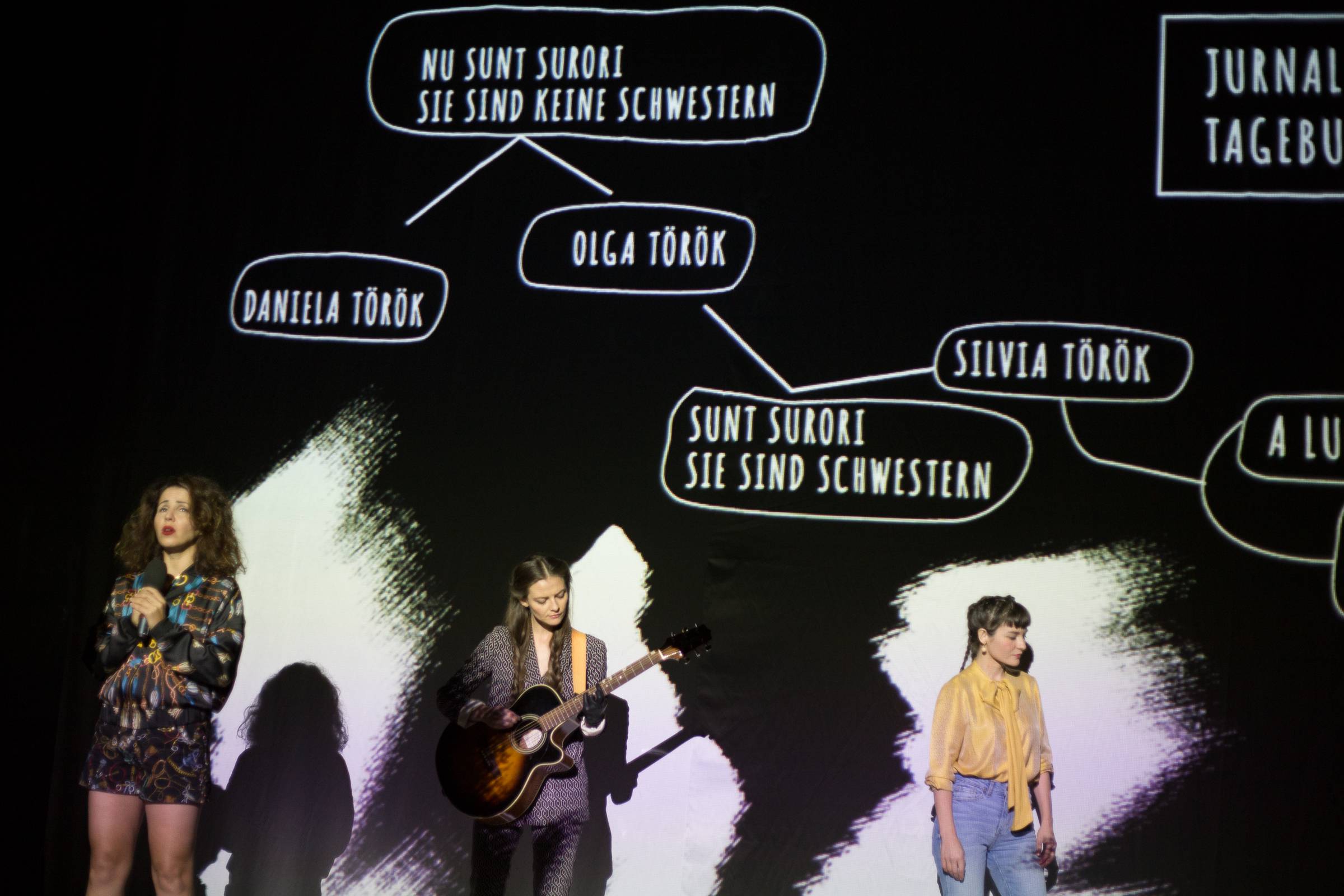