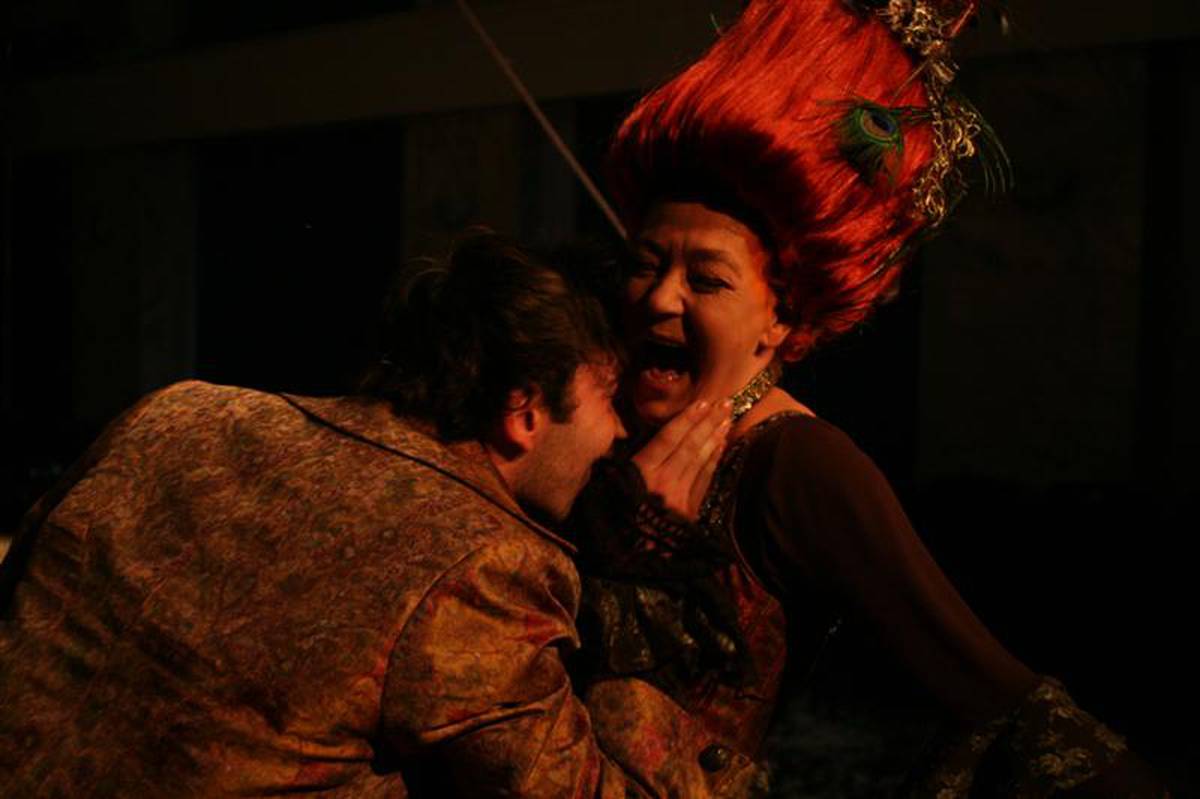 The directing approach is based on Radu-Alexandru Nica's idea of creating a show focused on the concept of power, as depicted in so many ways in William Shakespeare's plays, the elements specific to the contemporary movement theatre having an important role in the construction of this performance. Thus, the theatrical version of Lia Bugnar brought on stage a show whose unity is not altered by resorting to so many different sources from the author's creation, in a complex scenograpy conceived by Dragoş Buhagiar. The pretext of the action is provided by the theatre-within-theatre scene in the play Hamlet, in which the guest actors recite this time excerpts from the great Will's plays.

"After all, Lia Bugnar, Radu-Alexandru Nica, Dragoş Buhagiar, Vlaicu Golcea (stage music composer), Florin Fieroiu (choreography) and the actors of the German State Theatre Timişoara wrote before our eyes a unique essay on Shakespeare, as well as an essay about how much gravity, devotion, playfulness and childishness blends in what is called the actor's art. Insightful, intelligent, plausible, humorous, the show signed by director Radu-Alexandru Nica is laudable for keeping a tight rein on the core-theme and releasing it just at the right moment, for carefully preparing the surprise in the end."

"Although made of a collage of scenes (skilfully put together, both as narration and atmosphere, by playwright Lia Bugnar), the show is not a grotesque and mandatorily amusing fast-forward, like the satires at "Ţăndărică" by Pepino (see Play Shakespeare or Candid). Radu Nica's approach is more sombre; he focuses on the word, on the unpredictable beauty of the Shakespearian phrase and, thus, on the beauty of the stage play that utters it. [...]

It's so beautiful, from an acting perspective, and so disciplined in the control of the on stage relationships, in the precision of mimics, of gestures, of voice, in the variety of body language and in the ease of changing tonality/stature/demeanour, that is impossible not to admit that the actors are superb here. All of them. It is a cast that deserves more reviews: Peter Papakostidis, Radu Vulpe, Dirk Linke, Rareş Hontzu, Ioana Iacob / Daniela Török, Ida Jarcsek-Gaza, Alex Halka, Boris Gaza." 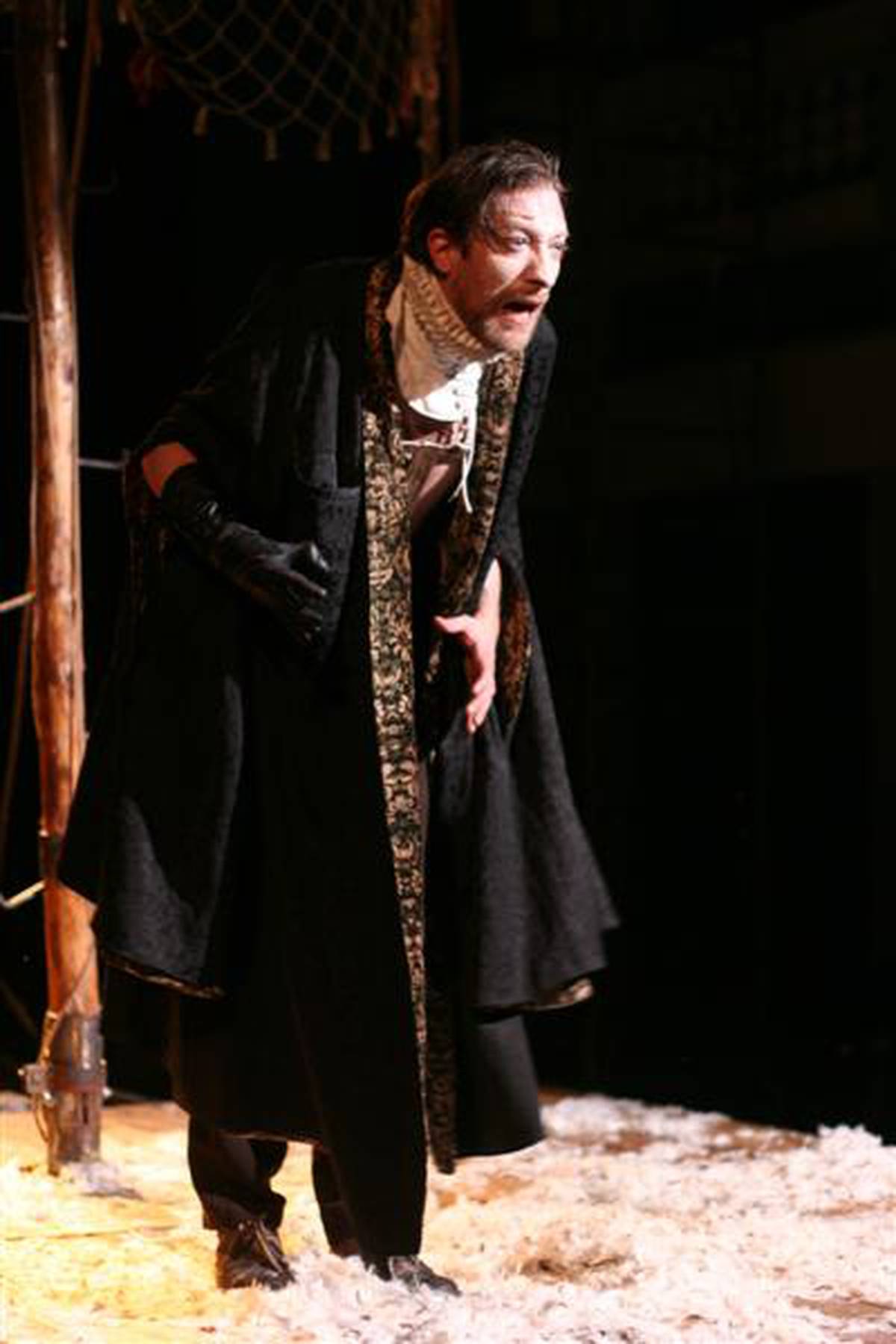 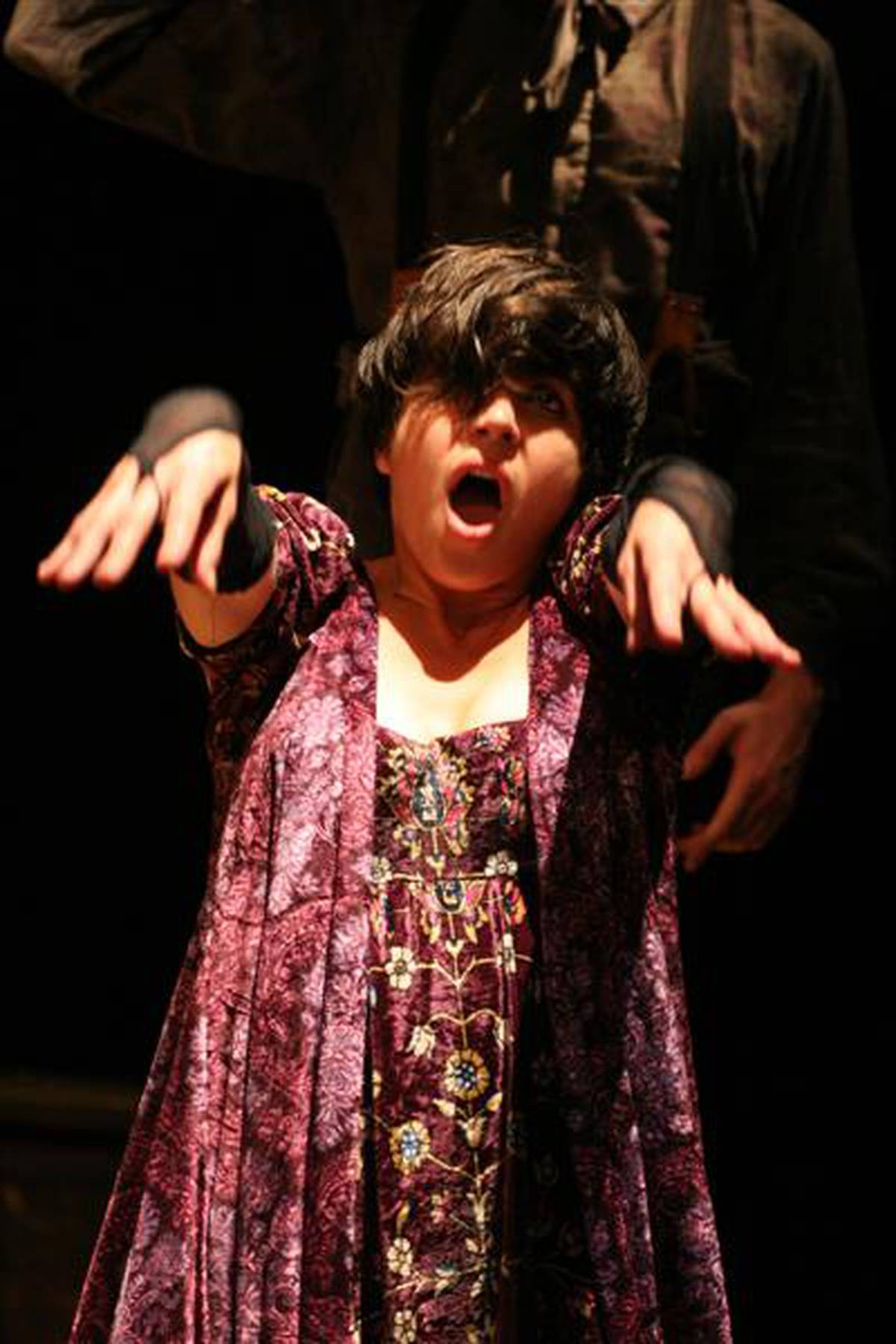 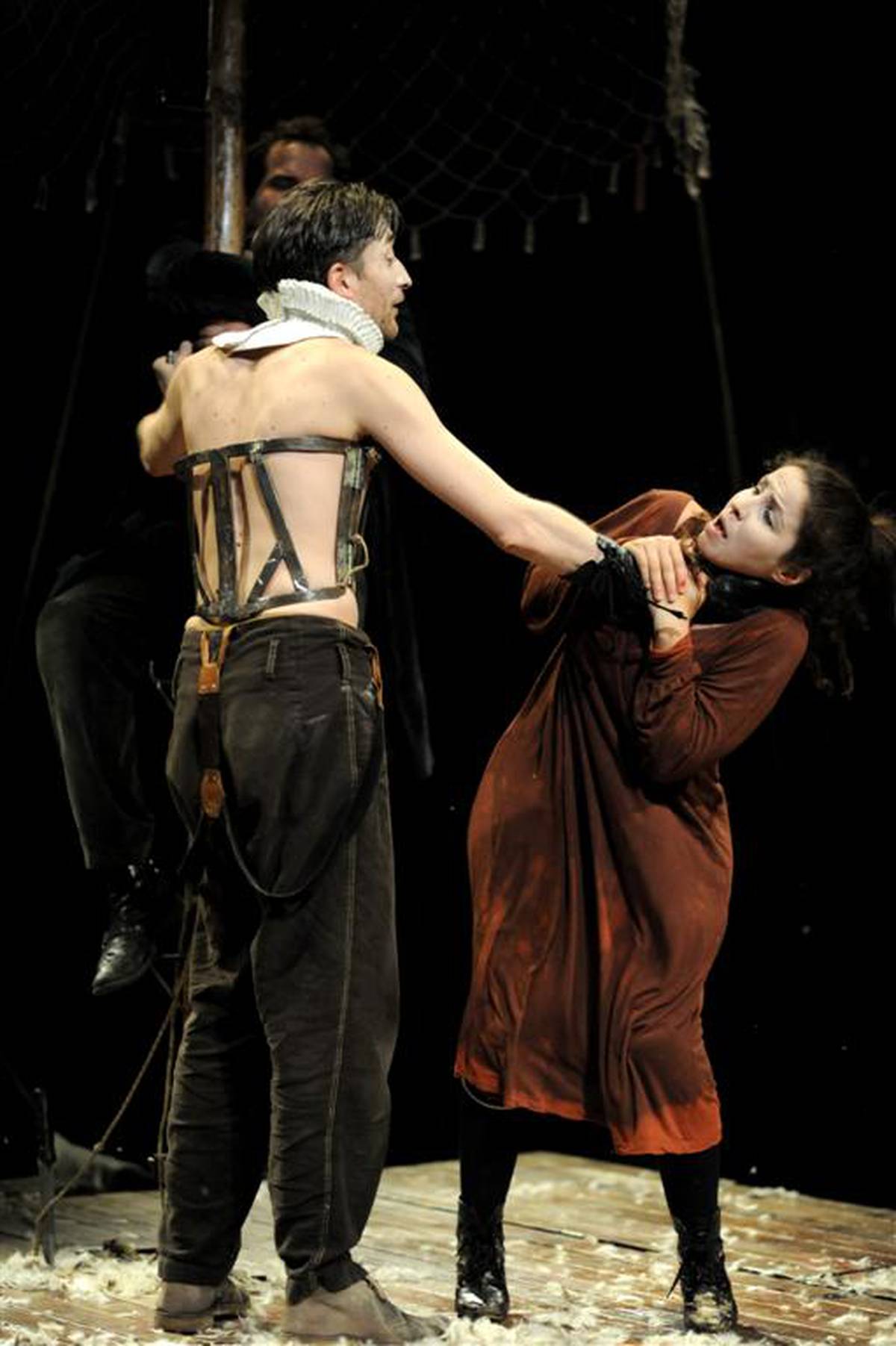 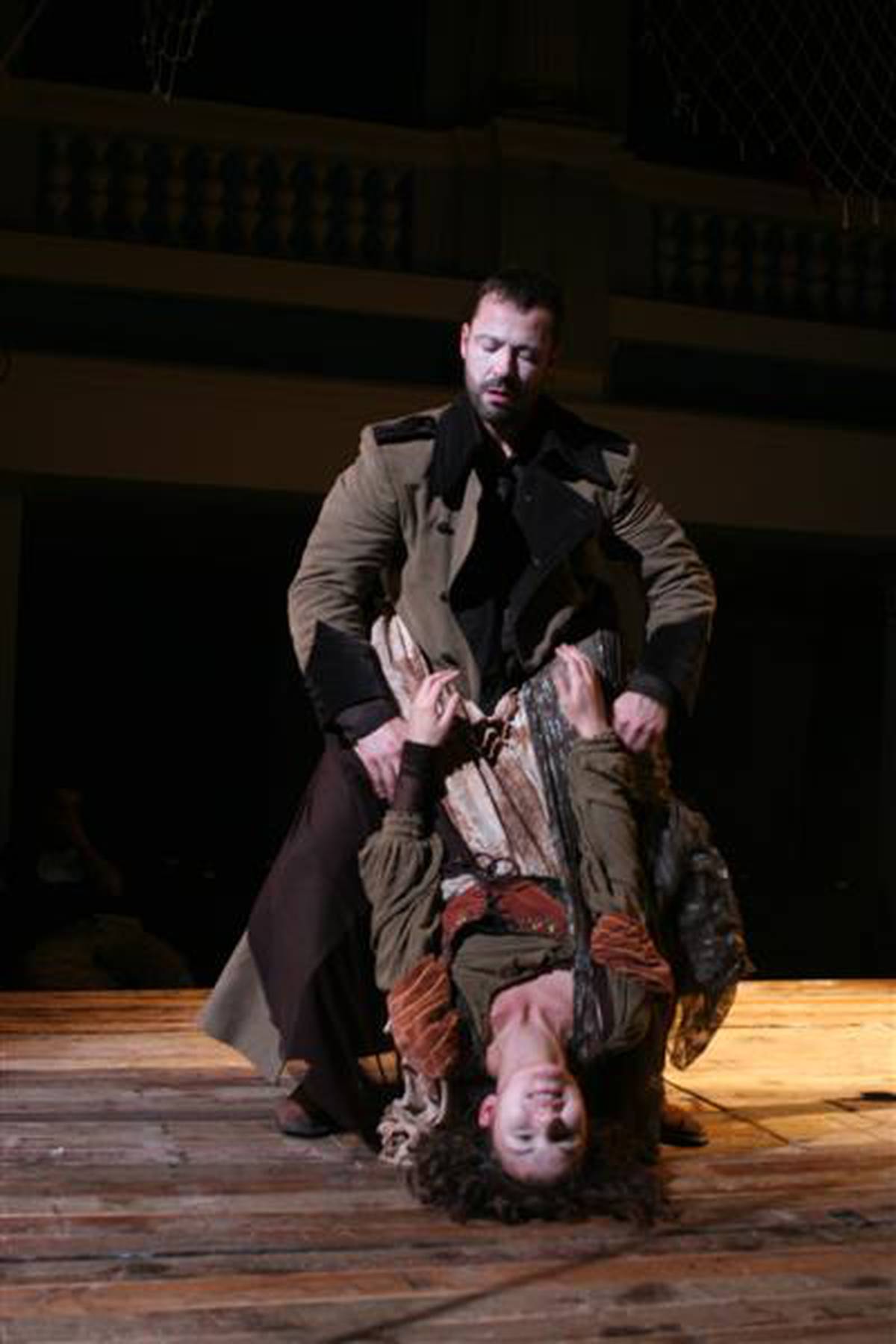 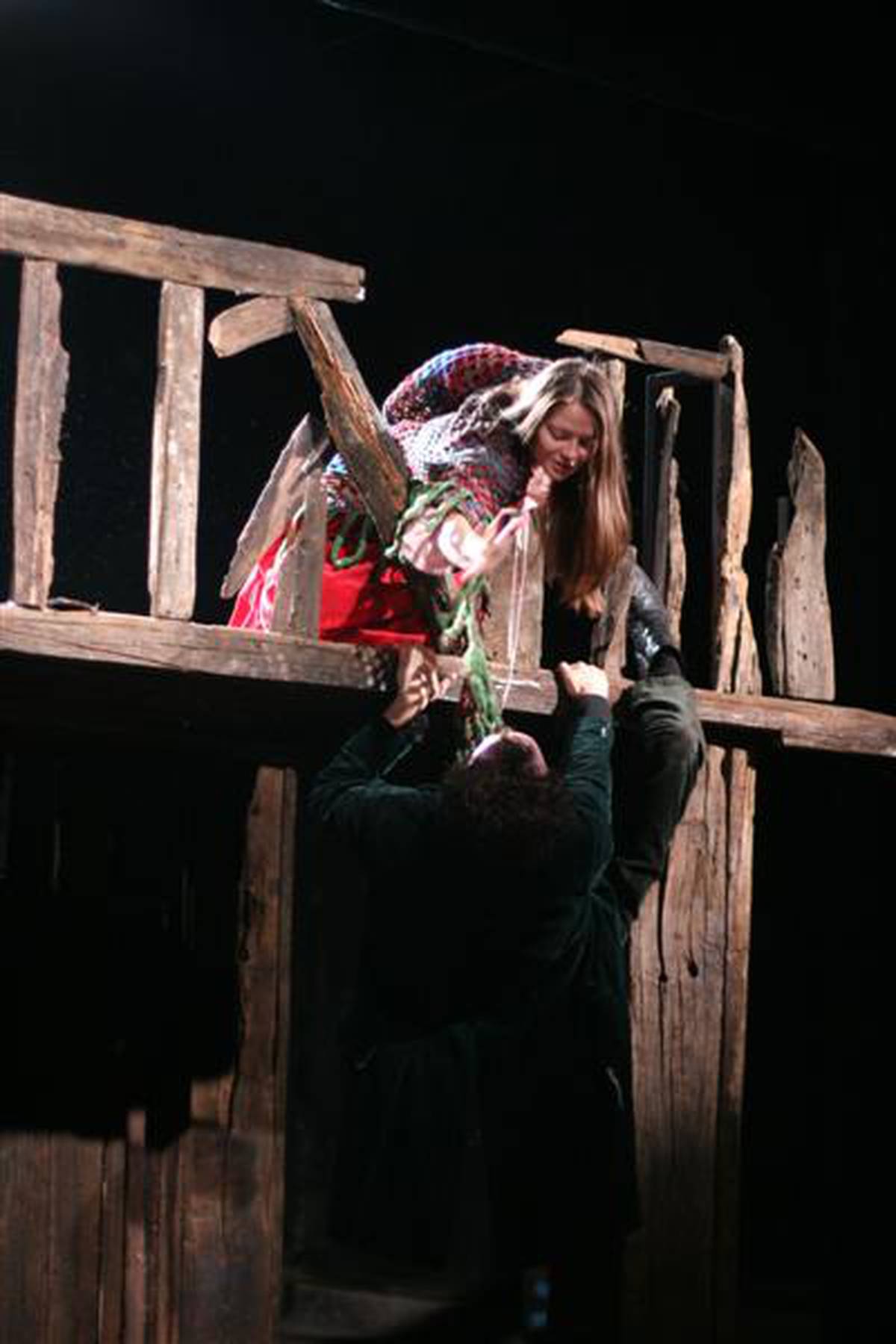